A blind man was trying to get to his father-in-law's house. He asked a cowherd boy, Kindly lead me to the house of my father-in-law, I can't find it myself

Are we to believe the ridiculous notion that we must have Narayan Maharaj explain to us what Srila Prabhupada is saying on his lecture tapes? 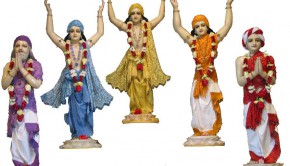