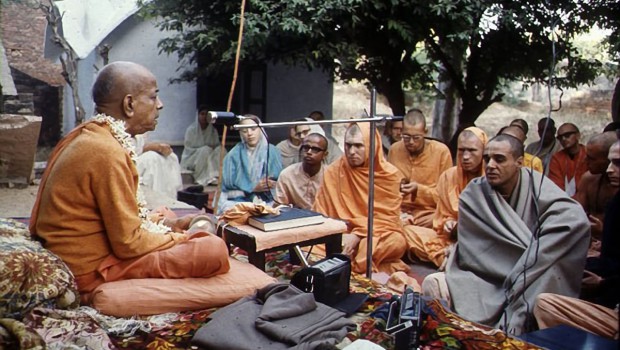 General categories of misconduct of the GBC body that are far below acceptable standards include areas such as accountability, managerial competence, responsiveness, and representation…

Srila Prabhupada wanted his movement to be led by a Governing Body Commission that possesses integrity and commands respect. At present, despite the sincere efforts of the members of the GBC body, this does not exist. Though the New Raman-reti board of directors fully supports the principle of the GBC as Srila Prabhupada envisioned it, we herein express our lack of confidence in the GBC body in its current state to lead the movement and to adequately represent Srila Prabhupada.

In order to avoid particulars obscuring the broader view of dysfunction, this short statement does not delineate specific reasons for discontent. However, general categories of misconduct of the GBC body that are far below acceptable standards include areas such as accountability, managerial competence, responsiveness, and representation. This board is willing and eager to participate in efforts towards constructive change concerning the GBC body, and some such efforts are currently being discussed.

We believe it is essential that any new structure include a GBC body that is accountable to a group or constituency external to itself, since it is clear that the GBC body is unable to evaluate and discipline itself. This board views this statement as a service to the GBC body, and hopes that these comments will contribute to a positive reconstruction that will restore moral authority to the GBC body. The views expressed herein are those of the elected members of the New Raman-reti board of directors. We realize that these views do not necessarily represent the opinions of the members of the New Raman-reti Vaisnava community.

Your servants on the New Raman-reti board of directors,

In 1999 the ISKCON of Alachua board of directors passed a resolution stating that, if it were to have connection on the GBC body, the New Raman-reti community (Alachua) would select its own GBC. However, as the state of affairs with the GBC has degraded even further, the position of ISKCON of Alachua at present, as evidenced in the resolution from July, 2000, is that it leans towards not having any GBC representative, as the GBC body has lost its integrity and credibility. Hopefully devotees will work to restore the GBC to an entity that Srila Prabhupada will be proud of. Hare Krsna.