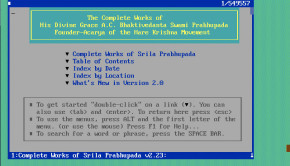 This MS-DOS Prabhupada folio was immensely popular with the devotees. Many devotees still use this MS-DOS Vedabase. They say it is much better than the windows version. It is very simple to use. 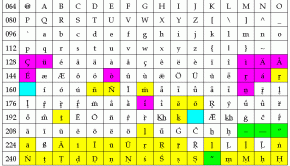 I do not know if devotees with Mac computers are able to install the Balaram font, the font used by Bhaktivedanta Archives in their Bhaktivedanta Vedabase 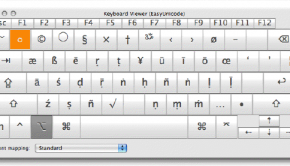 How to type Sanskrit diacritics in Mac OS X