The complete collection of unedited Prabhupada audio. More than 2360 hours of high-quality original Prabhuapda audio with more than 1800 hours of never before released recordings! 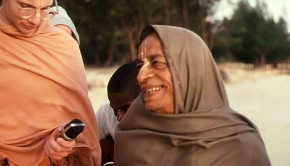 The complete collection of all original unedited audio of Srila Prabhupada from 1974 is now available. It includes many new, never-released recordings