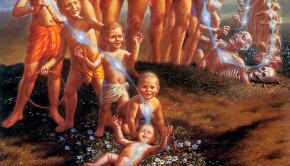 Whatever state of being one remembers when he quits his body, that state he will attain without fail

Remembrances of past lives can be fascinating, but the real goal of understanding reincarnation is to become free from the painful cycle of birth in death