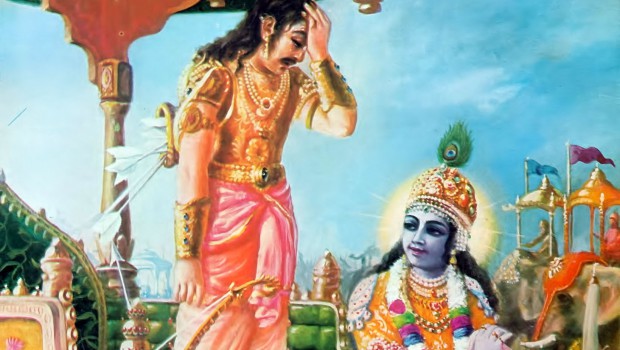 This edition of the Krishna Connect podcast is the first chapter of Bhagavad Gita As It Is. In this chapter the scene for the whole Gita is set. It starts on the battlefield of Kuruksetra. There two armies are arranged ready to fight. One side, the Pandavas, is lead by Arjuna who has as his chariot drive, Krishna, the Supreme Personality of Godhead, the other side is the Kurus.

It is a family battle. Arjuna asks Krishna to bring his chariot into the middle of the battlefield so he can see both armies and who was there on both sides ready to fight. When Arjuna saw that on both sides so many friends and family members were there he became bewildered and told Krishna that even if they were victorious in this battle still there lives would not be worth living because so many of their friends and family members will be killed in this fight. So Arjuna declares to Krishna, “I shall not fight.”

The remaining 17 chapters of the Bhagavad Gita are questions by Arjuna and answers by Krishna that cover all topics of philosophy and spiritual knowledge. In the end Arjuna decides to fight. Those details will be revealed in the future chapters. But here, in this podcast you can hear the introduction to Bhagavad Gita and understand how Arjuna became bewildered and declares, “Krishna, I shall not fight.” 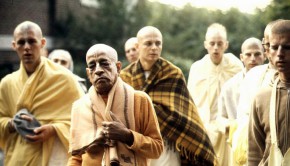 The Whole World is Fighting for Sense Gratification (MP3 Audio) →