This project has created some..." /> Bringing Prabhupada to the People | Krishna.org
ISKCON 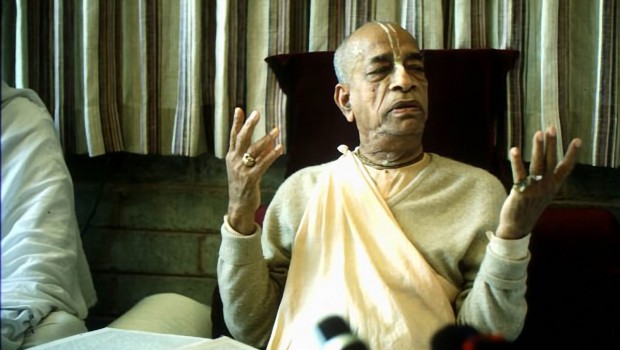 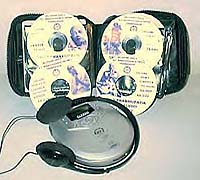 This project has created something of a revolution. Prior to our efforts almost no devotees could afford what one would have to pay to get access to Prabhupada’s recordings in other ways, now everyone has easy access to Prabhupada. And it has given so many devotees new life. I get so many letters of appreciation from the devotees. So I believe we are doing a nice service for Srila Prabhupada and the general devotees are very happy to have the chance to assocate with Srila Prabhupada via his audio and video recordings.

They are not paying the devotees who actually produced this footage anything at all.

All they have done is copied others work and they are now selling their copies and trying to stop others from distributing Prabhupada’s vani.

I would have no problem with this if they were actually selling them at a reasonable price. But they charge $20 per tape. They purchase those tapes for $1 and spend a little more to buy the cover, the sticker they put on the tape and the insert for the cover, plus a little labor to dub the tape. So all-up it can not cost them more than $3-4 at the most. You can get a commercial firm to make copies of a video tape for less than $3 each and that includes their labor cost and their profit margin as well. Now ITV sell these tapes at $20 which is unreasonable. If they were selling them for $5 or $6 that would be OK. But to make $17 profit on a $20 sale is extortion. Particularly since as I have shown in my previous letter, Srila Prabhupada instructed his tape manufacturing organization to provide the devotees with the tapes at cost. Instead of providing the devotees with the tapes at cost ITV makes almost 2000% profit! So this is certainly a case of exploiting the devotees.

As far as BA and their Folio which they charge devotees $650 for it is a 100 mega-byte infobase with only text in it. No pictures, no audio, no video, just plain text. It is not even a full disk. A CD holds 700 mega-bytes. They are giving us only 100 megabytes on their disk and charging $650 for it. In comparison I saw a Christian friend yesterday who had just purchased a computer Bible package for $7.95. It was packaged in a first-class color box which had a nice color instruction manual in it and three full 700 MB disks packed with different translations of the Bible, study guides, photos of all the holy places, hebru and greek versions and dictionaries… So much stuff for $7.95

Now if BA could put such a nice package together for $7.95 and sell it to the devotees I would be saying “well done” and giving them all my support. But no. We get a disk which is only 1/7 full of text and only a disk, nothing else for $650… It is bizzare. There is no other company or organization in the world who would even dare to ask for $650 for a disk which costs them .50 cents to manufacture…

So the result of this extortion on the part of BA and ITV is that Prabhupada has been locked up. Put out of the financial reach of the devotees. If you want to buy a full set of the Prabhupada tapes from BA you have to pay $2,500. So if you want all the recordings of Srila Prabhupada [Videos 550, Folio 650, Audio Tapes 2500, Music CD’s 500] you have to find $4200 US to purchase these things from BA / ITV. Now if you happen to not live in the US, like I am in Australia where [$1us = $2aus] that price becomes $8,400. Now there are not many devotees who can find $8,400 to get access to the recordings of Srila Prabhupada. So by putting prices like this on Srila Prabhupada’s vani the BA and ITV are making Prabhupada’s vani out of reach to the devotees.

So we have packaged the same thing and make it available to the devotees for $98 and that puts Prabhupada in the hands of the devotees and they are very happy and greatful to be able to associate with Prabhupada in this way. In fact your letter is the only complaint I have received. I only generally get letters thanking me for making Prabhupada available to devotees who would otherwise not been able to have access to his recorded vani.

This project has created something of a revolution. Prior to our efforts almost no devotees could afford the $4200 one would have to pay to get access to Prabhupada in other ways, now everyone has easy access to Prabhupada. And it has given so many devotees new life. I get so many letters of appreciation from the devotees. So I believe we are doing a nice service for Srila Prabhupada and the general devotees are very happy to have the chance to assocate with Srila Prabhupada via his audio and video recordings.

The whole concept that a devotee does some devotional service and therefore has a right to personally enjoy all the fruits of that service is the karmi mentality. It is not the mentality of a devotee at all. For example I have distributed over one million of Prabhupada’s books in the last fifteen years. But I have not made a cent out of it. But I am not sad about that. I am happy because it is service to Srila Prabhupada.

So these guys at BA and ITV have not paid anything for the Videos, the sound recordings, or for the work that was required to put Prabhupada’s books, etc. in the folio. All that work was done by devotees out of their love for Srila Prabhupada.

So these guys are the greatest criminals. They have not actually spent any money on these projects and whatever money they make from them will not be spent on serving Srila Prabhupada and Krishna. It will be used to maintain their expensive lifestyles and for their families, etc…

Hope you are well. Chant Hare Krishna and be happy!

For more information on the “Prabhupada Archive” go to:

One Response to Bringing Prabhupada to the People