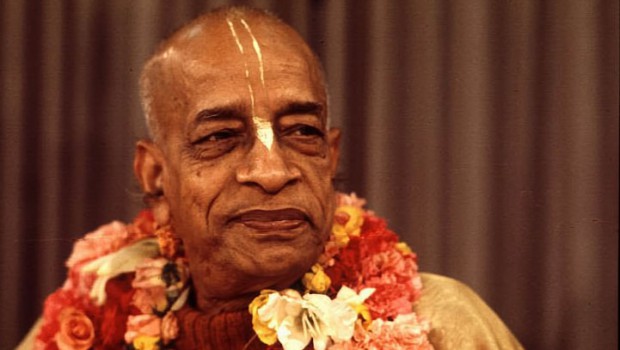 The so called democratic government means some of the sudras, rascals without any knowledge of the highest aim of life. By hook and crook they get some votes and get the responsible chair in government. Naturally they can whimsically enact any law which is against the interest of the people in general.

Please accept my blessings. I beg to acknowledge receipt of your letter dated 2nd September, 1971 and have noted the contents carefully.

Regarding Dr. Bali’s letter, I have already replied it and sent you one copy of the reply which you should have received by now. The program you are arranging for Madras sounds very nice so do it combinedly.

Regarding the government injunction, that is the worst situation of this age. The so called democratic government means some of the sudras, rascals without any knowledge of the highest aim of life. By hook and crook they get some votes and get the responsible chair in government. Naturally they can whimsically enact any law which is against the interest of the people in general. According to the Vedic literature, the government’s first duty is to see whether people are following the rules and regulations of varnasrama dharma. That is explained in Bhagavad-gita also. Without coming to the system of Varnasrama dharma there is no question of human society. So our Krishna Conscious movement is supposed to be representative of Krishna. Krishna, when He appears on this earth, He has two fold business to execute. One business is to give protection to the devotees for advancing in Krishna Consciousness and the other side is to kill the demons. Although we are representing Krishna, we are very much poor in strength. Our only strength is chanting Hare Krishna Maha-mantra. So if we stick to the priciple of chanting Hare Krishna Mantra, following the rules and regulations, that will give us strength to work on both sides–namely to enlighten people in Krishna Consciousness and cut down the bad government full of atheistic people. Our only hope is to chant Hare Krishna and rectify the whole situation. I think this is possible. It has been proved in Calcutta that the Naxalites were very much against us holding our Hare Krishna Festival, but still later on they became sympathetic and did not cause any harm for us. If we follow the same principles everywhere, I think the bad government all over the world will come forward sympathetically for advancing this movement.

Eating is the basic principle for keeping one’s health. Eating too much or too little causes disease. Therefore Bhagavad-gita says yuktahara vihara. Simply eat to keep fit. That is one important business of those in Krishna consciousness. Generally hepatitis is a disease on account of eating too much fatty and spicy foods. So we must use always simple food stuff and a little milk. Not very much puris and halava and sweet balls and sweet rice, like that.

Yes, this program is very nice to try to attract the attention of the students seriously. That will be a great success. They should put intelligent questions and they should be answered properly with reference to modern science and philosophy. That will be very much convincing. I think if you read our books thoroughly you will get a supply of material to answer all the questions. Now I am preparing one book answering all types of philosophical arguments. Syamasundara. every morning is putting questions from different angles of vision beginning from Socrates, Plato, Aristotle, etc. and we are trying to answer. We shall discuss also Marx philosophy of communism. It will require some time but I wish that all our preachers should be well versed with all philosophical ideas and after studying all philosophical points of view we will put Krishna Conscious philosophy on the top.

You should see Mr. Dvnva, R.D. Birla promised four sets of Deities. What happened to them? We require pairs in Mombassa and Nairobi also as well as Paris, Berlin, Birmingham, etc.

Please offer my blessings to the others. Hoping this will meet you in good health.

P.S. Brahmananda has ordered 50 sets of books. Why they have not been sent? Immediately you should send the 50 sets of books and invoice and according to that invoice you will be paid without hesitation.