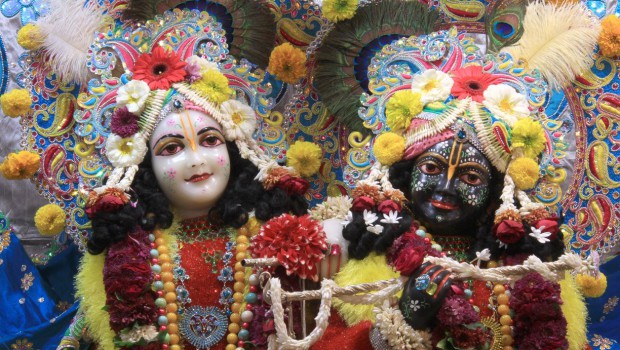 “As long as one does not inquire about the spiritual values of life, one is defeated and subjected to miseries arising from ignorance. Be it sinful or pious, karma (fruitive activity) has its reactions. If a person is engaged in any kind of karma, his mind is called karmatmaka, colored with fruitive activity. As long as the mind is impure, consciousness is unclear, and as long as one is absorbed in fruitive activity, one has to accept a material body” (Srimad-Bhagavatam 5.5.5).

So Rsabhadeva answers this point: “No, although this body will be finished, you’ll have to accept another body. And as long as you continue to accept one body after another, your miserable condition of material existence will continue.”

In the beginning of his instructions Rsabhadeva said that the human body is not to be misused simply for sense gratification like the dogs and hogs. So now he says, parabhavas tavad abodha-jato yavan na jijnasata atma-tattvam: “These rascals do not know that for want of knowledge of the soul (atma-tattvam), everything they are doing will be defeated.” They are thinking, “Now, by scientific advancement we are able to go to the moon. This is our achievement.” Of course, I do not know whether they can go—at least they are trying. But Rsabhadeva says, “That is not your achievement. That is your defeat.” Why? Because they are simply wasting their time.

Even if they go to the moon, they’ll be driven away. What is the use of such an attempt? They cannot stay there. So this endeavor to go there by so-called scientific advancement is simply defeat. What have they achieved by these excursions? Nothing. No tangible achievement. But Russia and America have spent billions of dollars to go to the moon.
Even if they go there, they’ll still have to die—they’ll have to give up the body—and they do not know where they’ll be placed after death. That is in nature’s hands. No one can dictate, “After death I shall go to that planet or this planet.” No. You are completely under nature’s control.

Everyone is ambitious, but simply by becoming ambitious can one become a very rich man or a very respectable man? That is not possible. One must qualify himself. Similarly, to go and live on another planet one must be qualified. You have to act according to the higher laws. But they do not believe that there is higher authority, that there is judgment. They blindly think they can do whatever they like. That is not good. This is defeat (parabhava).

So as long as one is not inquisitive to understand what he is, he will be defeated in life. And this is the condition in today’s so-called civilization: Nobody is interested to know his real identity. From Sanatana Gosvami we get the perfect example of how to inquire into one’s identity. When he first approached Sri Caitanya Mahaprabhu, he asked the Lord: ‘ke ami’, ‘kene amaya jare tapa-traya.’ This is a very nice question: “Kindly tell me what I am and why I am subjected to the threefold miseries of material existence. I do not want all these miserable conditions of life, but I am forced to accept them. Therefore, what is my position? Why am I forced to accept them?”

One should be inquisitive into who he is. Sanatana Gosvami has set the example. He went to Caitanya Mahaprabhu and said, “Sir, people say I am very learned, but actually I do not know what I am. Please instruct me on this topic.” Ask any so-called scholar, doctor, Ph.D. if he knows what he is. Professor Kotovsky in Moscow said, “After the body is finished, everything is finished.” He does not know what he is—an eternal soul. This is the position of everyone. Therefore, the so-called scholars, learned men, whatever they are doing, they’re being defeated because they do not know their identity. Unless you know your identity, how can you work toward the goal of your life? If you are mistaken about your identity, then whatever you are doing, you will be defeated. 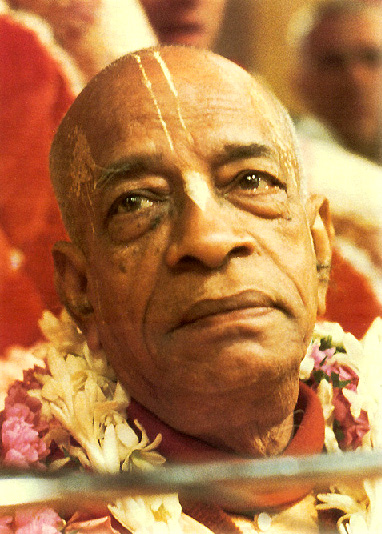 Then Rsabhadeva says, yavat kriyas tavad idam mano vai karmatmakam yena sarira-bandhah: “As long as your mind is absorbed in fruitive activity, you have to accept one material body after another.” Everyone has a different type of mentality. The word karmatmakam refers to the general mentality that “I shall work very nicely, I shall get money, and I shall enjoy life.” Those who are followers of Vedic ritualistic ceremonies are trying to enjoy in the next life also—by punya karya, or pious activities. But pious activities are also karmic or fruitive activities. Therefore, according to our philosophy, not only are we uninterested in impious activities, we are not even interested in pious activities. This is our position.

Suppose you have received these opportunities due to your past pious activities. Now, somebody else has taken birth in Greenland, where there is always snow and there are so many inconveniences. And someone else has taken birth somewhere in Africa where there are no facilities like those you have. From the spiritual point of view, all these situations are equivalent. In any birth, you have to enter within the womb of a mother to stay nine months in a packed-up condition. And nowadays they are killing the child within the womb. You may not even come out. Before you come out of your mother’s womb you might be killed by your very mother or father. So whether you are in the womb of a very rich mother or a poor mother, a black mother or white mother, a learned mother or a foolish mother, the pains due to staying within the mother’s womb are the same.

And as soon as you accept some material body, you’ll have to suffer further bodily pains. Then, at the time of death, the same painful condition is there for everyone. So it doesn’t matter whether one is rich or poor, the material condition will cause one to suffer.

So, if you continue to absorb your mind in fruitive activities, nature will continue to give you material bodies life after life to try to fulfill your unfulfilled desires. This is going on. Therefore a life devoid of inquiry into your real identity is parabhava, defeat.

Your real business is to know that you are not this body; you are spirit soul, part and parcel of God, Krsna. Your real business is to become Krsna conscious, fully, and go back home, back to Godhead, to finish this business of repetition of birth and death. But who will understand this? Therefore it is said: krsna ye bhaje se bada catura. One who has understood the meaning of the Krsna consciousness movement must be very intelligent. Without being intelligent, nobody can understand the basic principle of this movement.

“When the living entity is covered by the mode of ignorance, he does not understand the individual living being and the supreme living being, and his mind is subjugated to fruitive activity. Therefore, until one has love for Lord Vasudeva, who is none other than Myself, he is certainly not delivered from having to accept a material body again and again.”

So everyone has the wrong conception of life. But one can be saved if he somehow or other becomes a devotee of Vasudeva, Krsna. Rsabhadeva is an incarnation of Vasudeva. In this entanglement of birth and death, if someone comes in contact with a devotee and gets the seed of devotional service, that is the beginning of his rescue from the repetition of birth and death. We are giving opportunity to the people in general, opening centers in many parts of the world. Why? To give everyone a chance to become a devotee of Vasudeva, Krsna. Then they will be saved.

People are struggling, working hard for sense gratification—and suffering repeated birth and death. In this struggle for existence, if somehow or other one gets the seed of devotional service to Vasudeva, then he’s saved. Unless one becomes Krsna conscious, his repetition of birth and death—contacting one body after another—will continue. This understanding is the basic principle of Krsna consciousness.

Do not think that Krsna consciousness is a kind of religious faith. It is a science—the science of how to get release from the repetition of birth and death. It is not a system of religion, as people ordinarily accept some type of religion. Somebody’s a Hindu, somebody’s a Muslim, somebody’s a Christian. It is not like that. It is a science. We are teaching, “Somehow or other, enhance your love for God. Then you are saved.” And how do we enhance that love of Godhead? By our activities: rising early in the morning, chanting Hare Krsna, studying the Vedic scriptures, worshiping the Deity in the temple, observing festivals honoring the Lord. These activities in devotional service will save us from the repetition of birth and death. Otherwise, we are doomed. We’ll have to continue this repetition of birth and death.

Caitanya Mahaprabhu teaches that we are wandering throughout the universe from one body to another, one planet to another, due to avidya, ignorance. But if somebody comes in contact with this Krsna consciousness movement and tries to understand Krsna consciousness, he’s fortunate, because he’ll be saved from the repetition of birth and death.

Therefore Krsna personally comes, and He says, sarva-dharman parityajya mam ekam saranam vraja: [Bg. 18.66] “Give up everything else and just surrender unto Me.” It is not Krsna’s interest for you to surrender. If you don’t surrender, Krsna does not lose anything. He’s omnipotent. He can create whatever He wants by His desire. He’s not canvassing, “You become My devotee, and I shall be very rich.” No. It is for your interest. If you become a devotee of Vasudeva, Krsna, then you are saved from the repetition of birth and death.

It is Krsna’s interest in this way: because we are part and parcel of Krsna, we are His sons. The rich father does not like to see his son become a crazy fellow loitering in the street. But if his son does not come home, there is no loss for the father. And if the son comes back to the home of his rich father, it is in the son’s interest.

So Krsna is canvassing: “Surrender unto Me.” Those who are fortunate will accept this offer of Krsna’s. And when we actually love Krsna, that is called priti. We love our beloved—our child or husband or wife—but that is not real love. That is a temporary sentiment. Actual love is possible only with Krsna. Once you love Krsna, that love cannot be broken at any time. Therefore, somehow or other we have to engage ourselves in loving Krsna. That is the success of life.
Thank you very much.

3 Responses to From Folly to Defeat