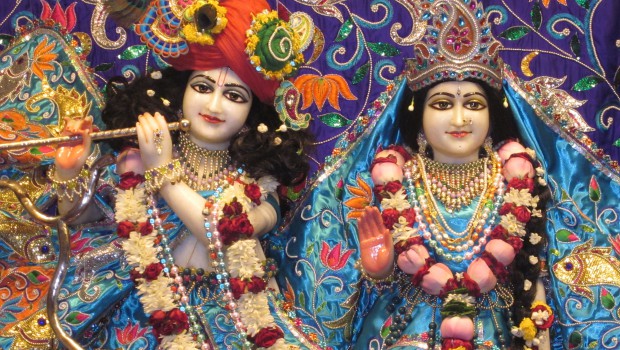 The GBC have issued an expulsion notice for the second time to remove Adridharan Prabhu as the Temple President of ISKCON Calcutta, a post he has held for over 20 years. However, they have failed.

As we reported in the previous newsletter, the GBC have issued an expulsion notice for the second time to remove me as the Temple President of Calcutta, a post I have held for over 20 years. Their plan was as follows:

The GBC’s plan which is set out in the following note from Ravindra Svarupa is now in shreds:

“Accordingly, I have sent a Show Cause Notice to you at the temple at 3C Albert Road. Federal Express confirms that the notice was received at the front desk of the Albert Road ISKCON temple at 12:40 PM on 19 September 2000 and signed for by “Bikash.” (In addition, Gopal Krishna Goswami reports that you told Jasomatinandan Prabhu that you had received the Notice.)

As stated in the Show Cause Notice, you have an opportunity to reply. Your written reply should reach us no later than fifteen days (4 October, 2000) after your receipt of the notice.”
(Ravindra Svarupa dasa, Chairman, GBC, 21/9/00, COM Message:3561619)

Instead the court has stayed this notice and stated that ‘no further step in the matter would be taken’.

Rather it has called a case hearing in December, wherein we have filed for a motion that will ensure that the GBC can not take such an action like this ***ever again, against anyone***.

The last expulsion notice was issued on February 14th, 1999, and then was rescinded by the GBC themselves on the 27TH March,1999, following the filing of our court case against the entire GBC and all ISKCON Gurus. Thus the GBC’s last attempt at expulsion survived a mere 41 days. This time we received the ‘show of cause’ notice of expulsion on the 19th September, and it was stayed on September 28th. This means that they have even beaten their previous record in that this time the expulsion was stayed in just 9 days! The GBC have made one last desperate throw of the dice and scored another classic ‘own goal’. Their last move at expulsion was so disastrous that they had to rescind the expulsion notice themselves! This time all their expulsion notice has achieved is the following:

So as usual the GBC’s malevolent and fiendish plot has failed and back-fired. The stay order and the motion we have filed are just the beginning. This is just the first of many motions that will be filed. Please look out for the details of even more far-reaching suits that will be filed, in future newsletters.