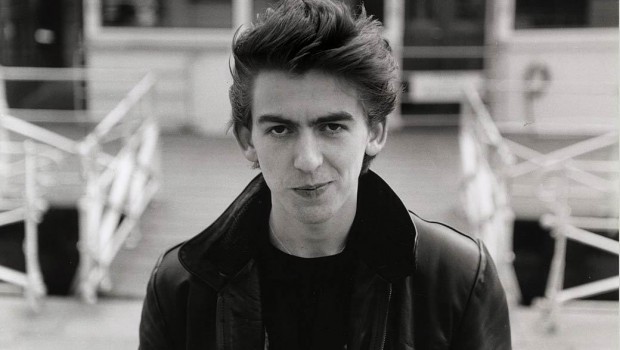 The world is just going mental as far as I’m concerned, Harrison told Reuters Wednesday. It’s speeding up with the whole technology and everything that’s happening.

LOS ANGELES (Reuters) – Former Beatle George Harrison is so concerned about the state of the world that he’s jokingly thinking of calling his next album “Your Planet is Doomed, Volume One.” “The world is just going mental as far as I’m concerned,” Harrison told Reuters Wednesday. “It’s speeding up with the whole technology and everything that’s happening.”

Having survived both a home invasion by a knife-wielding maniac last Dec. 30 and a throat cancer scare in 1997 incidents he declined to discuss — 57-year-old Harrison could be forgiven for seeing life in shades of black. To remind himself of the bright side of things, Harrison has re-recorded his ode to peace, love and Hare Krishna, “My Sweet Lord,” which topped the American and British charts in 1971. It will appear — along with the original — on a 30th anniversary re-issue of his “All Things Must Pass” triple album, set for release on Jan. 23 via Capitol Records.

“I just like the idea and the opportunity to freshen it up, because the point of ‘My Sweet Lord’ is just to try and remind myself basically that there’s more to life than the material world,” Harrison said. “Basically I think the planet is doomed,” he said with a laugh. “And it’s my attempt to try to put a bit of a spin on the spiritual side, a reminder for myself and for anybody who’s interested.”

Harrison added that while pessimistic about the environment, he is positive about “my place in creation … and I don’t have any worries whatsoever about that.” “All Things Must Pass,” originally released in December 1970 as the Beatles were breaking up, served as a much-needed creative outlet for Harrison, whose songwriting efforts were overshadowed by John Lennon and Paul McCartney. Musicians on the sessions included Beatles drummer Ringo Starr, keyboardist Billy Preston, guitarist Dave Mason and an uncredited Eric Clapton.

Besides the original album’s 23 songs, the reissue also contains an unused song from the sessions, “I Live For You,” different versions of the tracks “Beware of Darkness” and “Let It Down,” and a horns-heavy instrumental version of the single “What Is Life.” Harrison produced the album with Phil Spector, whose “Wall of Sound” technique, in which songs were given lush orchestral treatments, sounds outdated today, he now claims. But it worked well at the time. “All Things Must Pass” ended up selling about three million copies worldwide.

Harrison was later dragged into court when it was claimed that “My Sweet Lord” sounded a lot like the Chiffons’ “He’s So Fine.” He was judged to have unknowingly plagiarized the earlier song. Harrison’s son, Dhani, a 22-year-old university student, plays acoustic guitar on the updated version, and is also helping his dad a little for an album of new material, Harrison’s first since 1987’s “Cloud Nine.”

Harrison said it would possibly come out next October or November. He plays most of the instruments, with session drummer Jim Keltner, and has produced it himself so far, though may bring in an outsider for some finishing touches. A free agent, he has talked to a number of labels about distribution. Needless to say, the album will be computer-free. “My music doesn’t seem to belong to any particular period,” Harrison said. “I just make it the same way as we made it back in the sixties, which is analog tapes, microphones and guitars, bass, drums, pianos.”

One Response to George Harrison Says: The World Is Going Mental