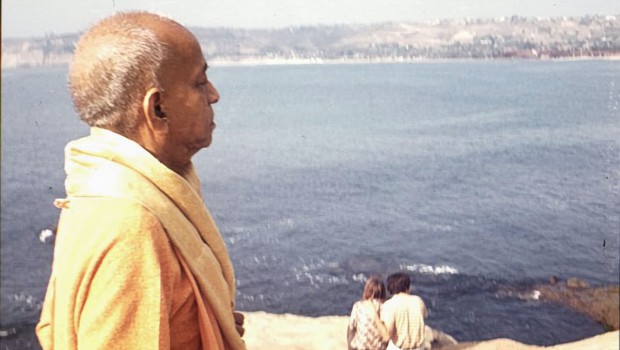 I am very happy to let you know that the much awaited new set of 23 Prabhupada DVD’s is now available. They have been authored from the original recordings at ITV studios and are real DVD’s [not DVD-r’s]. They have been duplicated by one of the largest DVD manufactures in the world, and are compatible world-wide in all computer DVD drives and set top players.

We have discovered more than five hours of new Prabhupada footage previously unreleased including new classes and kirtans. We now have more than 40 hours of transcendental television of Srila Prabhupada.

Thanks to the DVD technology, the footage is displayed in better quality than ever before possible.

The DVD’s will play on any DVD player or computer equipped with a DVD drive. They are in NTSC format but will also play on PAL DVD players. There is no region code, so they will play anywhere in the world.

The DVD’s come in a special protective wallet and all have full-color printed labels.

A single DVD in a store sells for at least \$15 but the entire set of 23 Prabhupada DVDs is available for unbelievable low price of only \$99.

You can get more information and place your order at: