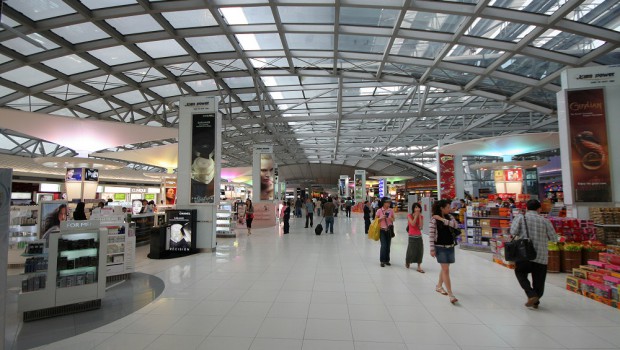 Srila Prabhupada distributed his mercy without distinction. This is the kindness of the pure devotee. On a flight from India to the west, we had a two hour stop over at the Bangkok airport. We had to wait in the transit area.

Srila Prabhupada said to me, “Get my things. I am going to shower.” I went to the baggage area, opened Srila Prabhupada’s bag, grabbed his lota, towel and fresh change of clothing. It took me a few minutes, then I returned to His Divine Grace. He asked, “Where is the bathroom?” We walked together to the bathroom. Unfortunately there were no bathing facilities.

Srila Prabhupada was never easily discouraged. When he wanted to do something there was no such thing as an obstacle. Assessing the situation he turned to me and said, “All right, I’ll take bath from the sink”. He put on his gumpsa and with lota in hand he proceeded to pour water over his body again and again. He washed with soap and then rinsed again. I stood by, watching in amazement, as he refreshed himself. He was completely transcendental to all other activities going on around him. 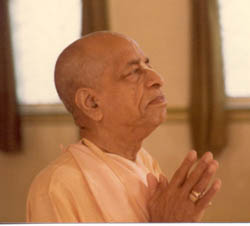 Being with Srila Prabhupada during travel was always an incredible adventure. He never felt the need to conform to any social conventions. On airplanes he would use the restroom when the seat belt sign was lit. He would take prasadam when we weren’t allowed to have our trays down. If anyone said anything to him he ignored them. They would turn to me and I would shrug my shoulders and say, “I can’t stop him.” They inevitably walked away defeated realizing they were no match for a Vaikuntha person.