Browsing the "Bhagavad-gita As It Is" Tag 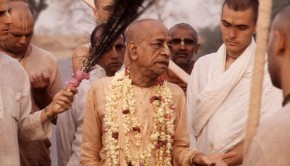 The Greatest Barrier for Advancing in Spritual Consiciousness

"I am this body and anyone who is related with this body they are my relatives..." This is the greatest barrier for advancing in spiritual consciousness

You can download for free all of Prabhupada's audio recordings. This includes all his bhajan's and kirtan's plus all lectures, classes, conversations, etc

The PERFECT Gift: Srila Prabhupada’s Original 1972 Bhagavad-gita As It Is