Bhaktivinoda Thakura is Cursed by a Mystic Yogi

While Bhaktivinode Thakur was living in Puri a mystic yogi claimed to be an incarnation of Vishnu. He exhibited mystic powers and people came to serve him 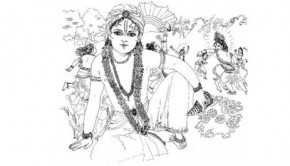