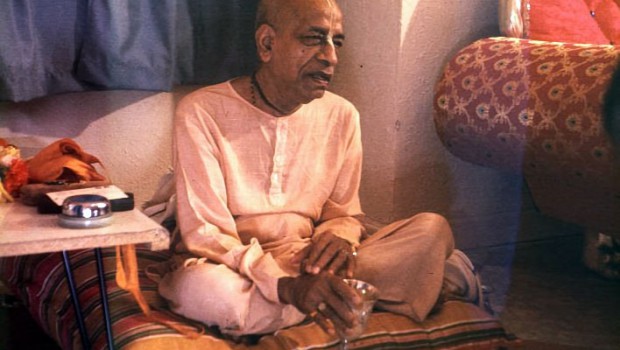 I have also suggested for the GBC’s consideration, that we introduce a system of examinations for the devotees to take. Sometimes there is criticism that our men are not sufficiently learned, especially the brahmanas.

Please accept my blessings. I beg to thank you for your letter dated December 26th, 1975, and I have noted the contents carefully.

Your plan to have the Bhaktivedanta Summer Institute in one of our farms is a very good idea. But you say that there is a chance that none of our farms will be suitable. Why not? Anyway, you will be discussing it at Mayapur at which time you should fix-up everything definitely.

I have read the aims and objects of the Institute and it is done very nicely. I am satisfied that you are properly understanding the philosophy. The analysis you have given in the section “What is the Bhaktivedanta Institute”, regarding the scientists, technologists, and other so-called authorities is most accurate. According to Bhagavatam, they are all asses and cows, sa eva gokhara.

I have also suggested for the GBC’s consideration, that we introduce a system of examinations for the devotees to take. Sometimes there is criticism that our men are not sufficiently learned, especially the brahmanas. Of course second initiation does not depend upon passing an examination. How one has moulded his life–chanting, attending arati, etc., these are essential. Still, brahmana means pandita. Therefore I am suggesting examinations. Bhakti-sastri–(for all brahmanas) based on Bhagavad-gita, Sri Isopanisad, Nectar of Devotion, Nectar of Instruction, and all the small paper backs. Bhakti-vaibhava–the above plus first six cantos of S.B. Bhaktivedanta–the above plus cantos 7-12 S.B. Bhakti-sarvabhauma–the above plus Caitanya-caritamrta.

These titles can correspond to entrance, B.A., M.A., Ph.D. So just consider how to organize this Institute. At Mayapur we shall finalize everything.

Hoping this meets you well.

2 Responses to Brahmana Means Pandita. Therefore I Am Suggesting Examinations.