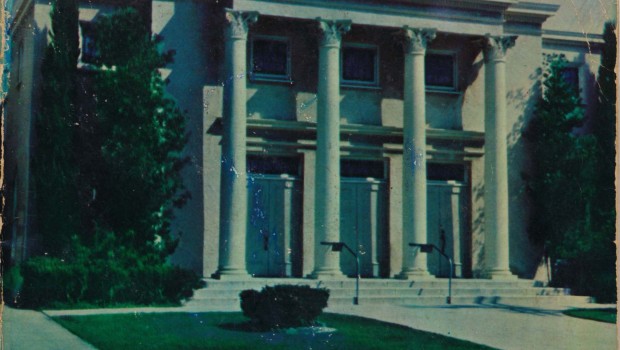 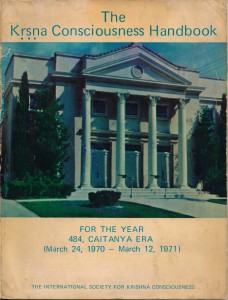 This is the first annual edition of The Krishna Consciousness Handbook. The International Society for Krishna Consciousness (ISKCON) was founded in 1966 by His Divine Grace A.C. Bhaktivedanta Swami Prabhupada and is now becoming firmly established, with centers in thirty major cities around the world and world headquarters in Los Angeles, California. The goal of the Society’s members is to attain love of God by following the principles of bhakti-yoga, as taught by the Vedic scriptures and the disciplic succession of spiritual masters, and to spread love of God to all people through the process of sankirtana (public chanting of the holy names of God). Another important goal of the Society is to present authoritative literature on the science of God in English and other major languages.

The purpose of this handbook is to show interested persons the full scope of ISKCON’s activities. ISKCON is not concerned with accumulating financial assets, but aims at producing men and women of sublime character. This is possible only by plain living and high thinking based on the principles of devotional service to the Supreme Lord.

Sincere souls everywhere are taking to this genuine movement of God realization. As is stated in the Bhagavad-gita, “This knowledge is the king of education, the most secret of all secrets. It is the purest knowledge, and because it gives direct perception of the self by realization, it is the perfection of religion. It is everlasting, and it is joyfully performed.”