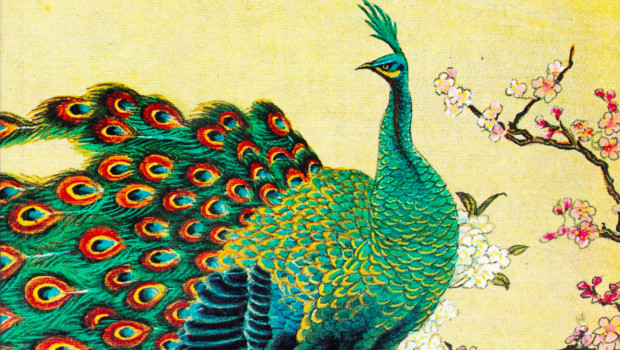 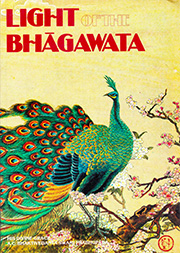 To download Light of the Bhagawata PDF file please click on the book cover image to the left.

Foreword to Light of the Bhagawata

We offer our respectful obeisances unto the lotus feet of His Divine Grace A.C. Bhaktivedanta Swami Prabhupada, the Founder-Acarya of the International Society for Krishna Consciousness who has delivered the “Light of the Bhagawata” to the whole world. We are pleased to present for his pleasure the first fully illustrated, color publication of his sublime work “Light of the Bhagawata” in the English language.

Of all His Divine Grace’s writings, this work is perhaps the most unique. It was written in Vrindavan in 1961 in response to an invitation to attend a world conference, The Congress for Cultivating the Human Spirit, held in Japan. As most of the participants to the Conference were from the Orient, Srila Prabhupada considered deeply how he could best present the timeless teachings of the Srimad Bhagawatam suitable to the Oriental people. The original Bhagavatam was written over 5,000 years ago as an extremely large book composed of 18,000 verses. Participants to the conference would not have the time to hear it all. He therefore chose the tenth canto, twentieth chapter of Srimad-Bhagavatam for presentation.

The twentieth chapter is a description of the autumn season in Vrindavan, the place of Lord Krsna’s appearance. Srila Prabhupada knew that the Oriental people were very fond of hearing descriptions of nature and that the time of the autumn season is particularly auspicious to them. Presenting spiritual philosophy by examples from nature would be best for their understanding. For each seasonal phenomenon, a parallel teaching could be given. For example, the dark cloudy evening of the rainy autumn season when no stars are visible is compared to the present materialistic, godless civilization when the bright stars of the Bhagawata’s wisdom (the devotees and scriptures) are temporarily obscured. Altogether Srila Prabhupada composed 48 commentaries to go along with the verses of the chapter.

Srila Prabhupada’s plan was that the organizers of the conference should find a qualified Oriental artist to illustrate each verse, and he also wrote directions from which the artist could design each painting. He hoped that the paintings and their accompanying explanations would make an impressive display for visitors to the conference. If possible he wished that a book might also be published containing the illustrations and the texts.

The color illustrations were done by the renowned artist Madame Yun-sheng Li, whose mature creative talent and sensitive brushwork alone could properly complement Prabhupada’s beautiful descriptions of the autumn season. Thus the beautifully effulgent “Light of the Bhagawata” may now shine upon the world.

This is the first English edition which contains the beautiful color reproductions of Madame Li’s work, 48 paintings completed in less than a year’s time, meticulous in their detail despite her advanced age and sometimes failing eyesight.

Undoubtedly this collection presents the culmination of her long distinguished career as one of the great artists of modern China. Her Gongbi style of painting, together with Srila Prabhupada’s poetic descriptions which appear alongside, make for a unique blending of the world’s two oldest cultural traditions–India and China. The “Light of the Bhagawata” also appears in the Chinese language complete with color illustrations.

We sincerely hope that readers will appreciate the simplicity and clarity with which Srila Prabhupada has commented on these verses.

This material world is but a reflection of the pure spiritual world from which the “Light of the Bhagawata” emanates. Nature itself, as well as the whole cosmic creation, has its original counterpart in the spiritual world. The order and patterns which we see set about in nature are intentionally designed to illustrate spiritual truths. Indeed, the very existence of nature and its intricate balance is proof for any honest man of the existence of the Supreme Being, the Supreme Personality of Godhead, Krsna.