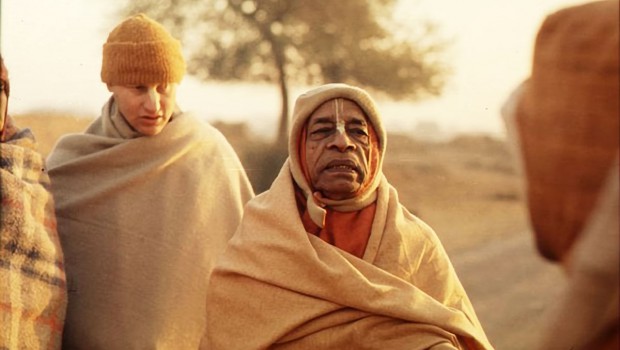 Humble pranams to you. Many many thanks for your kind e mail.

Are you the same Madhudvisa das who I used to see in GG Park in 67,Michaek Morrisey?

[No. I joined in 1986 and took ritvik initiation from Srila Prabhupada through Jaya Dharma Prabhu in 1989 in Australia]

The old fellow named Santa Claus used to speak of you so affectionately. If you are the same person, then Hello Prabhu.

You never would talk to me or even look at me because you were too big a devotee, very important sannyasi with the support of Tamal Krishna Goswami, who used to sit on a throne in Prabhupada’s temple demanding worship and denying food and medicine to those Godbrothers who did not worship him.

Anyway, there is much jal under the Ganga Jhula now and things have changed. Those who mistook arrogance for spiritual advancement have choked upon the bitter lessons of their mistakes, but all this has done more to hurt Shrila Prabhupada than anything else.

Fortunately we still live and breathe which is to say that in the very few moments that we have left we can rectify our errors and offenses to our spiritual master. But for those who have found some sort of Prabhupada substitute of Swami surrogate, then there will never be rectification.

Yesterday I saw a CD by a devotee of Shrila Bhaktivinoda Thakur’s songs. There is a picture of the Thakura, and nice words about him. But no mention of how she got to him, the parampara.

Like this many devotees have become gurudrohi, offenders. Shri Manu Samhita states that those who try to bypass their eternal satgurudeva out of ingratitude will become insects of the larger varieties in the next existence. The fool who believes that he can get a cooler guru than the one who has saved his soul is nothing less than a mayavadi.

So many swamis from the Gaudiya Math fishing in the pond of Shrila Prabhupada are actually magnets for mayavadis.

Let any horrific fate befall me this instant, but never let me forget this all-important fact.

Yours Humbly in Prabhupada,

5 Responses to Gurudrohi, Offences and Rectifying Them