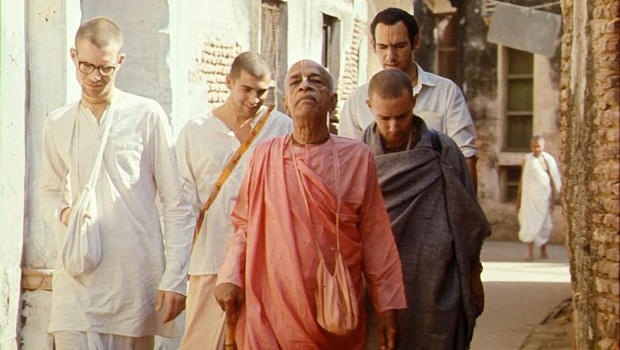 1,800 or more gurukulis (out of 2,000) know that Prabhupada is not guilty for these abuses. More surprisingly, they still honor the merits of Vedic Culture in spite of the difficult times at school. These convictions about Prabhupada are supported by thousands of witnesses like our parents and tens of thousands of Prabhupada letters, conversations, quotes and books.

Thank you for your letter. Yours was a lesson in brevity.

You have been so ‘demonized’ that something as simple as your short reply took many devotees by surprise. Your letter clarified most of the issues raised in my letter. Thank you. I support your attempts to bring our abusers to justice. So it is with a heavy heart that I still find myself faced with some remaining reservations about this lawsuit. It has taken me several drafts and a couple months to pin point why.

I want to join your case. I just need something more substantial then the guarded “facts” you’ve “collected” that so demands me to betray all I know of Prabhupada. 1,800 or more guru-kulis (out of 2,000) `know’ that Prabhupada is `not guilty’ for these abuses. More surprisingly, they still honor the merits of Vedic Culture in spite of the difficult times at school. These convictions about Prabhupada are supported by thousands of witnesses like our parents and tens of thousands of Prabhupada letters, conversations, quotes and books. Many of the GBC and abusers with the most to gain in blaming Prabhupada instead hold themselves responsible. In spite of all this, the court case comes along and requires that we wager all we know to be true to our hearts in the hopes of finding justice. You ask us to take this leap on the `good faith’ that you have “facts” that we failed to discover after 30 years. I wonder if you realize how awkward this is for many of us. Is there really no other way?

There are other problems. Attacking Indian culture as Nirmal wants, would be to hand ISKCON a forum to showcase Prabhupada and Vedic culture. This court case is suppose to be about exposing my abusers, not India. Another issue is Prabhupada becoming a scapegoat for the role and deeds obviously played by other people. Taking Prabhupada out of the equation would avoid this problem and let us expose these criminals to the full fury of their own guilt. Directing your case at Prabhupada seems to have undermined this process and so hope you will do more to address this issue.

I say this as a supporter who was left to defend Prabhupada’s innocence primarily to underscore the extent of Jagadish’s guilt in the way your case is suppose to be doing. You may take Jagadish to task during the trial, but this misses the point. The confrontation between Nirmal and me exemplifies the problems with the language of your court filing and the mood conveyed to the guru-kulis by your clients. The language and mood of the suit has left guru-kulis polarized over issues like Jagadish vs. Prabhupada. This is a terrible shame because your court filing should have been your call-to-arms for a lawsuit we were only too eager to join. Your case today should boast 800 to 1,200 clients. This missed communication has instead turned many guru-kulis off over minor issues easily avoided with an approach slightly more a tuned to MOST guru-kulis feeling about Prabhupada and Vedic culture. These issues may have been missed because of the stronger voice of clients like Nirmal. Most guru-kulis are still taking `a wait and see’ approach. Nirmal adds to the reservations while your reply did a lot to pacify it.

Another BIG issue is the extra legal baggage of the suits strategy. A good example maybe your lawsuit against the Catholic Church. You sued the church for child abuse and won. The structure of your ISKCON court case, however, is much different. Your ISKCON case is more akin to suing Christianity as nothing more then a fraud; the church as nothing more then a money laundering operation; Sunday school as nothing more then holding kids hostage to blackmail parents for $; while Jesus Christ and the Pope are nothing less then kingpins to a criminal empire. The millions of people to have partaken in the organization’s activities are to be considered criminals or just boneheads-suckers. (A true outsider’s perspective.)

Taking this radical approach with the Catholic Church would have presented your lawsuit with a lot of extra legal hurdles to clear. Meanwhile, you would have been stepping on the religious and cultural sensibilities of clients and supporters–if not the jurors. Defendants would have more room to maneuver their defense. And, a judge would be very hard pressed to allow a verdict against traditional religious practices held so sacred for millennia by a billion people. These issues may prove no less challenging in a case against ISKCON. And so this remains one of my biggest concerns of all.

This explains why I prefer to distance the case from Nirmal’s condemnation of Indian culture or Jagadish’s blame of Prabhupada. I do this with as much concern for the legal and moral integrity of this case as I do for Prabhupada’s innocents or clarification of the guru-kuli affections for Vedic culture. Nirmal and I fight for the same cause. We simply take two different approaches: his group blames Prabhupada, my group blames his Dad. All I am asking is that you provide both sets of victims and possibilities with equal consideration.

I still have these doubts whether you can examine Prabhupada’s innocence with the same vigor used in pursuing his blame. It appears the legal framework of your case won’t allow you this flexibility. Critics say the structure of your lawsuit requires that you hold Prabhupada legally liable. Maybe you can clarify some of the other available legal options should you find Prabhupada innocent. Knowing this would assure us that truth can “direct this litigation and not favorites.”

I wait with an open mind to “be surprised at what (I) learn about” Prabhupada. Until then, how can I join in good conscience? Maybe we are being `sentimental,’ but see it from our perspective. Imagine dragging a President of the United States into a court of law for all the abuses, crime, deprivation, starvation, overcrowding, beatings, drugs, poor teachers, bad facilities and sexual abuse for the millions of inner city public-school kids of the last 40 years. The President heads the American institution of the United States. They often set the agenda, start new programs like Head Start, establish the standards for teachers and curriculum, allot funding and institute them throughout the country. Some presidents know the extent of the problems facing our public schools and still won’t close them. Yet, school is still compulsory. Would we drag Clinton into court as the architect of Head Start for toddlers if we found the program being abused by teachers? Such a case would be unprecedented. This gives you a rough idea how we view having Prabhupada sited as a defendant.

These are the kinds of issues that have me feeling so uneasy about the court case. This is true for many of us–on and off your lawsuit. I find some assurance you “intend to continue to develop the facts and take the case where the facts lead us.” I am happy to join you in such a journey. I just need to see this kind of collaboration at work before jumping aboard. Otherwise, I feel I am joining a case that has little regard for the “facts” outside a narrow agenda that is different from truth and justice. It will be a replay all over again of what I went through with the GBC in presenting my guru-kula newsletters. If forced into this position, I would be left to pick the lesser of two evils: abusers gone free or an exquisite culture criminalized by abusers. I hope to find another way. This is my plea.

I hope you give these considerations their FAIR due. Your last letter implies you will.

PS.
I have about 1,200 emails waiting my review, many of which are in response to “Nimral Stole My Day in Court.” The “Nirmal” letter received about 200 responses in the first few days. I have not been on-line since-over a month ago. I should be on-line within the week and will be on the lookout for your reply. I will share both this letter and your response to it with my friends. The letter below sums up the feelings for many of us in prose like simplicity.

> Subj: <no subject
>
> Date: 9/4/00 10:30:01 PM Eastern Daylight Time
> From: ..com (*****)
> To: Anudasa@aol.com
>
> Dear Raghu,
> As one of the “plaintiffs” I feel I should say something in response
> to this. I’d have to agree with some of your comments on Nirmal. I am suing
> the abusers, not SRila Prabhupada or Krsna. I happen to love most of Indian
> culture and I am teaching my children about Krsna and Vedic philososphy.
> When I say (signed) the affidavit for the lawsuit I felt a little misrepresented but
> I don’t see what I can do about it. I’ve just decided that Krsna and Srila
> PRabhupada know what is in my heart. I would love to get back temples
> myself, and see things run in a spiritual and loving way, versus mafioso
> ways.
> that’s all
> your old friend
> ******

I am happy to share highlights of the dozens of other letters from guru-kulis, plaintiffs and parents should the time allow.

PPS
Special thankz to my fiancee, Janavi, for editing out 40 pages over a dozen reviews. (If you don’t hear from me within the next couple weeks, it means your letter was lost with 2 weeks worth of other email correspondence due to “technical problems.”)