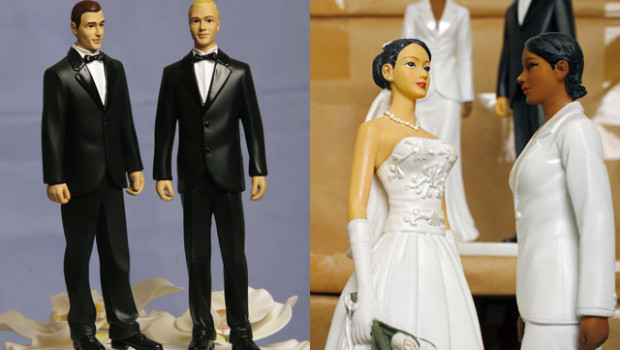 The contention of HH Hridayananda Goswami Maharaja is that homosexual devotees be allowed to stay together with a partner of their choice, as a heterosexual couple would stay together in the grhasta asrama.

The contention of HH Hridayananda Goswami Maharaja is that homosexual devotees be allowed to stay together with a partner of their choice, as a heterosexual couple would stay together in the grhasta asrama. His statement in a letter to Chakra and Dipika is this: “I am not convinced that marriage is the best means in all cases, but some serious, formal and public recognition and appreciation of gay monogamy is, in my view, in the best interest of ISKCON and its members.”

In one letter, Maharajah points out that his statements could lend themselves to interpretation, and he says that we should read carefully. Actually, his statements do not need interpretation. They are clear in their meaning, and the devotees that read them will understand them accordingly. Now even heterosexual grhastas following sincerely will feel encouraged to let their desires run wild, feeling less guilty when breaking this particular regulative principle: “no sex except for the procreation of children.”

They will feel that since a senior leader in ISKCON made certain favorable statements regarding this matter, it is not such a big thing. This happens on a very subtle platform. Leaders need to be very careful what they say, especially in public.

He further suggests that this lifestyle should be formally accepted and accommodated in ISKCON even after initiation, where the disciple takes a vow to his spiritual master to follow the regulative principles strictly. He says that since many, many initiated heterosexual devotees in the grhasta asrama take the “no illicit sex” rule to mean “no sex outside of marriage” instead of “no sex except for the procreation of children,” the homosexual devotees should also have this privilege.

Maharaja’s conclusion is that we should try to understand through guru, sadhu and sastra, and he questions that since sastra does not give any specific instruction on how to deal with homosexuality, we should reason our way to a conclusion on understanding how ISKCON should deal with this. He goes ahead and reasons how ISKCON should deal with this in his lengthy presentation and other letters that were published on Chakra and Dipika.

However, although the sastras give no clear understanding on how we should deal with this, Maharaja fails to enter into the mood of understanding through guru and sadhu—that is, to understand the mood of Prabhupada and the acaryas.

In all reference and discussions that Srila Prabhupada had on homosexuality, he never once suggested allowing same-sex relationships or marriages and especially after initiation. Maharaja has quoted Prabhupada on the first part of this sentence to his purport of 3:20:26, “It appears here that the homosexual appetite of males for each other is created in this episode of the creation of the demons by Brahma.” However, this is incomplete. The second part of Prabhupada’s sentence is: “the homosexual appetite of a man for another man is demonic and is not for any sane male in the ordinary course of life.”

So since Prabhupada mentions that this is demonic, should we not be careful in how we accept this into our practice? It is clearly different from heterosexual relationships. If we try to understand through our philosophy and common sense, we will find that heterosexuality is normal and homosexuality is abnormal. Brahma, the most intelligent person in this universe, created the different species of life under the direction of Krsna. There is a man and there is a woman. Now according to the laws of material nature, man-to-woman sex is normal because the male produces the sperm and the female produces the egg and this combination bears a child. This understanding is simple for the simple, and it gets complicated for the complicated.

One of our regulative principles, “no sex except for the procreation of children,” needs no interpretation. A child cannot be procreated between unions of same-sex partners. Some time ago in Vrndavana, a senior grhasta devotee gave a seminar. He mentioned how once when he met Srila Prabhupada, he was asked how many children he had. Immediately upon hearing that he had no children because his wife and he did not want children, Prabhupada told him that “grhasta” meant children and he should have children. From this statement, I could understand Prabhupada’s mood: that we should not take up grhasta just to satisfy the genitals but we should give Krsna and Prabhupada something in return, a child who will some day serve this mission.

In this so-called normal society, there is at least some goodness, and leaders of most countries in the world today are against gay marriages. Indeed, the leader of the most influential country in the world, George W. Bush of the United States, won re-election recently, and one of his promises if re-elected was to work towards getting legislation passed that will make gay marriages illegal. So I can safely conclude that the majority of this world’s population are against legalizing gay marriages.

If world leaders who are not even in the mode of goodness and some leaders of other religious organizations who may have some goodness understand that this is abnormal and are resisting the homosexual activists’ attempts to have their marriages legalized, where does that leave us? This Krsna consciousness movement is seeking the highest purity. Our goal is to go beyond the mode of goodness and become transcendental.

Many times, Prabhupada said that we are the true Christians because we follow the ten commandments properly. I have seen many worshipers of other faiths lighting up cigarettes as soon as they come out of their places of worship. No one raises an eyebrow to these transgressions, but if a Krsna consciousness devotee in devotional clothing walks around smoking, people will criticize him or her. The local newspaper may even run a headline saying “Krsna devotee lights up his life.” Why is this? People know the level of purity we aspire for, and they expect us to show that purity. We should lead the way.

So then if leaders of materialistic governments and other organizations that represent the majority are against gay marriages, what should be the situation of our leaders? We should lead the way in purity. Gay devotees should just go about their chosen lifestyle without causing a disturbance but at the same time continue their devotional practice. Krsna is in their hearts, and He knows their sincerity. It is not necessary to rewrite the rules, making all sorts of excuses just to enhance material enjoyment. Leave that to the sinful. Our spiritual leaders should be more responsible. Publicly, they should speak with one voice; otherwise, there will be confusion in our society.

Principles always remain the same; changing them is a deviation although details may change according to time, place, and circumstance. Even to adjust details, one needs to be qualified in his understanding of the spiritual science of bhakti according to guru, sadhu, and sastra. Prabhupada, being Lord Caitanya Mahaprabhu’s senapati bhakta, is empowered to make changes, and the four regulative principles given by him are especially for this age and should be added to the sixty four principles given by Srila Rupa Goswami.

Devotees cannot have tailor-made rules to suit their desires. Rather, under the guidance of expert siksa or diksa gurus, they should sincerely see how to fit into these rules. There should be no compromise, but we should be compassionate. Lord Caitanya came to deliver the Jagais and Madhais, and Srila Rupa Goswami says that it is the birthright of everyone to accept devotional service and to take up Krsna consciousness, but we cannot sacrifice our standard of purity.

No one is more fallen than Jagai and Madhai, and being homosexual or heterosexual is no big sin compared to what they got up to. It does not matter if someone tries to satisfy material desires while following some type of devotional practice. One is still getting purification. Just try to be sincere. Even to say, “Oh Krsna,” just once in a day is purifying in itself. However, the rules and regulations are most important, and if one wants to sincerely make advancement, there should be no compromise.

37 Responses to Homosexual Marriages in ISKCON? 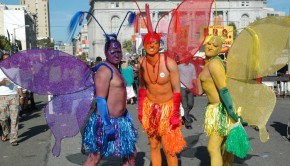