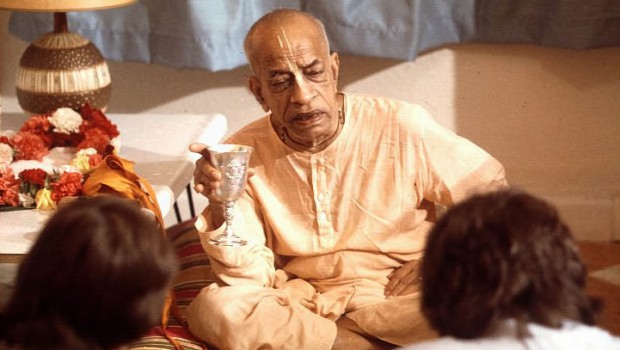 Some of the disciples strictly accepted the orders of the acarya, and others deviated, independently concocting their own opinions under the spell of daivi-maya. This verse by Krishnadasa Kaviraja Goswami [in his Sri Caitanya-caritamrta Adi Lila 12.10] describes the beginning of a schism. When disciples do not stick to the principle of accepting the order of their spiritual master, immediately there are two opinions. Any opinion different from the opinion of

Paddy is mixed with straw at first, and one must fan it to separate the paddy from the straw. This example given by Krsnadasa Kaviraja Gosvami is very appropriate. In the case of the Gaudiya Matha members, one can apply a similar process. There are many disciples of Bhaktisiddhanta Sarasvati Thakura, but to judge who is actually his disciple, to divide the useful from the useless, one must measure the activities of such disciples in executing the will of the spiritual master.

Bhaktisiddhanta Sarasvati Thakura tried his best to spread the cult of Sri Caitanya Mahaprabhu to countries outside India. When he was present he patronized the disciples to go outside India to preach the cult of Sri Caitanya Mahaprabhu, but they were unsuccessful because within their minds they were not actually serious about preaching His cult in foreign countries; they simply wanted to take credit for having gone to foreign lands and utilize this recognition in India by advertising themselves as repatriated preachers. Many svamis have adopted this hypocritical means of preaching for the last eighty years or more, but no one could preach the real cult of Krsna consciousness all over the world. They merely came back to India falsely advertising that they had converted all the foreigners to the ideas of Vedanta or Krsna consciousness, and then they collected funds in India and lived satisfied lives of material comfort.

As one fans paddy to separate the real paddy from useless straw, by accepting the criterion recommended by Krsnadasa Kaviraja Gosvami one can very easily understand who is a genuine world-preacher and who is useless.

11 Responses to The Difference Between Useless Disciples and Useful Disciples