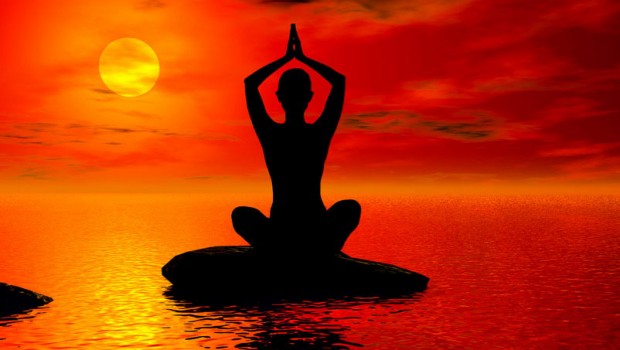 Krishna continues His description of the yoga system to his friend Arjuna:

Thus practicing control of the body, mind and activities, the mystic transcendentalist attains to the kingdom of God [or the abode of Krsna] by cessation of material existence. (Bhagavad-gita 6.15)

There are eight different material perfections that a yogi can attain as by-products of the practice of yoga. These yogic perfections or siddhis include: the power to become smaller than the smallest, the power to become greater than the greatest, the ability to fetch anything from anywhere in the universe and bring it to him, the ability to perform all sorts of apparently impossible activities like walking on water and flying in the air and making things appear out of nowhere and also the power to control the minds of others. So generally speaking most yogis are trying to achieve some or all of these yoga siddhis or perfections which are all material in nature because they all involve the manipulation of the material energy of the Lord and have no connection at all with the spiritual energy. The tendency is if a yogi is able to achieve some mystic perfection or yogic siddhi then he takes advantage of this. He goes out into the public and performs some wonderful activities and collects money from the people and he thinks this is the perfection of his yoga practice…

To refute this incorrect idea Krishna now explains the ultimate goal in practicing yoga very clearly in this verse from the Bhagavad-gita. Yoga practice is not meant for attaining any kind of material benefit or siddhi (perfection). Yoga is not for improving one’s health and the ultimate goal is not to make the mind peaceful. These yogic perfections and peace of mind are by-products of the yogic process but are not the actual purpose or the final goal of yoga. The real purpose of yoga is to enable one to end his material existence and then attain the kingdom of God.

One who seeks an improvement in health or who wants any other material perfection or benefit is not a yogi according to Bhagavad-gita. “Cessation of material existence” does not mean one enters into “the void,” [a theory that some transcendentalists promote]. This “void” is only a myth. There is no void anywhere within the creation of the Lord. Rather, the cessation of material existence enables one to enter into the spiritual sky, the abode of the Lord. The abode of the Lord is also clearly described in the Bhagavad-gita as that place where there is no need of sun, moon or electricity. All the planets in the spiritual kingdom are self-illuminated like the sun in the material sky. The kingdom of God is everywhere, but the spiritual sky and the planets thereof are called param dhama, or superior abodes.

A successful yogi, who is perfect in understanding Lord Krishna, as is clearly stated herein by the Lord Himself, can attain real peace and can ultimately reach His supreme abode, the planet of Krishna in the spiritual world known as Goloka Vrndavana. In the Brahma-samhita it is clearly stated, that the Lord, although residing always in His abode called Goloka, is the all-pervading Brahman and the localized Paramatma as well by dint of His superior spiritual energies.

No one can reach the spiritual sky or enter into the kingdom of God without the proper understanding of Krishna and His plenary expansion Vishnu. Therefore a person working in Krishna consciousness is the perfect yogi, because his mind is always absorbed in Krishna’s activities. In the Vedas also we learn, “One can overcome the path of birth and death only by understanding the Supreme Personality of Godhead, Krishna.” In other words, perfection of the yoga system is the attainment of freedom from material existence and not some magical jugglery or gymnastic feats to befool innocent people.

So it is a very simple point and another short — but important — email. This simple point, that the purpose of yoga is to enable one to end his material existence and enter into the kingdom of God, is something that almost all the modern so-called yogis are completely ignorant of. So if we can understand this one very important point from this very short email that will be valuable for us.

79 Responses to The Real Goal of Yoga