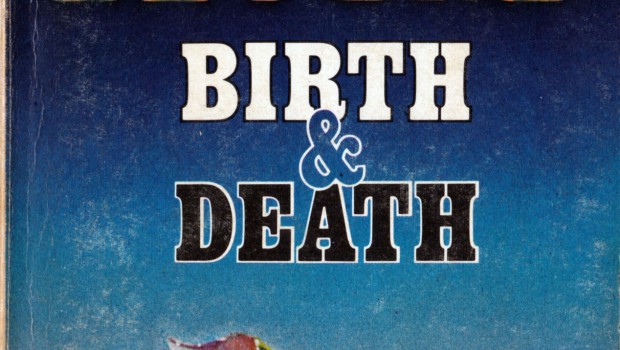 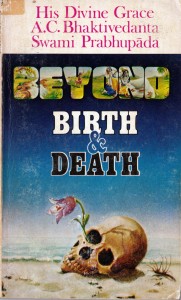 To download Beyond Birth and Death PDF file please click on the book cover image to the left.

The very first step in self-realization is realizing one’s identity as separate from the body. “I am not this body but am spirit soul” is an essential realization for anyone who wants to transcend death and enter into the spiritual world beyond. It is not simply a matter of saying “I am not this body,” but of actually realizing it. This is not as simple as it may seem at first. Although we are not these bodies but are pure consciousness, somehow or other we have become encased with the bodily dress. If we actually want the happiness and independence that transcend death we have to establish ourselves and remain in our constitutional position as pure consciousness.

Living in the bodily conception, our idea of happiness is like that of a man in delirium. Some philosophers claim that this delirious condition of bodily identification should be cured by abstaining from all action. Because these material activities have been a source of distress for us, they claim that we should actually stop these activities. Their culmination of perfection is in a kind of Buddhistic nirvana in which no activities are performed. Buddha maintained that due to a combination of material elements, this body has come into existence, and that somehow or other if these material elements are separated or dismantled, the cause of suffering is removed. If the tax collectors give us too much difficulty because we happen to possess a large house, one simple solution is to destroy the house. However, Bhagavad-gita indicates that this material body is not all in all. Beyond this combination of material elements, there is spirit, and the symptom of that spirit is consciousness. Consciousness cannot be denied.

4 Responses to Beyond Birth and Death (1972 Edition) PDF Download