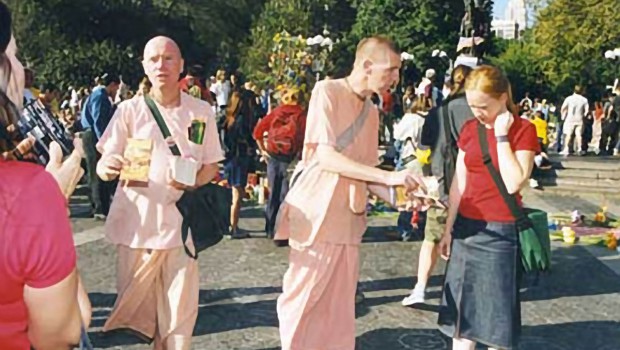 This photo of Madhusudana Prabhu (left) and myself appeared in a national Indian newspaper. It shows us distributing Srila Prabhupada’s books in Union Square a few days after the World Trade Center disappeared.

For two days after the bombing the New Yorkers were very disturbed and we could not distribute many books but after that the people were very receptive.