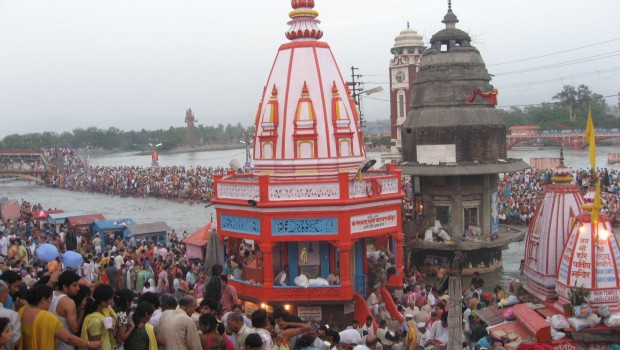 I am sharing my bitter experience with you all and also hope that someone can come up with suggestions as to how we can overcome such trauma.Please refer this to people whom you feel have answers.

My simple faith and solemn belief received an unexpected shock when i was to listen somethings which i believe is nothing more than personel perspective on a serious issue without wise judjement.I am unfortunately referring to the talk delivered on Gita, and its explanation on ISCKON premises(at Seattle,Washignton,USA) on Sunday evening(31st March-2002).The examples and incidents quoted to explain Sri Prabhupada’s lucid and uncomplicated deliverence in Bhagavat Gita(As it Is) were not only disturbing sometime but also derogatory on many ocassion.I find no better way to tell this other than that Mahatama Gandhi’s conclusions in his book”Teachings of the Gita” was addressed as utter nonsense.! Also Sri Ramakrishna Paramahansa and Sankaracharya ( revered by many people across the world ) were presented in examples in disrespecting and dishonouring way.We (some friends) returned with a heavy heart last night and barely could sleep peacefully since we all felt that ,somewhere our existence as individuals have been questioned along with a total misinterpretation of the context.Its also a dishonour of the entire generation and the tradition of the ancient land which has given birth to “Avatars” in all ages and who have uttered and emphasised the same truth(sometime in different form and language)from time to time.The chaos that exist today has been flamed by repeated misinterpretation although holy man in all ages and in all part did their best to erase this misconception.His highness Prabhupada’s effort were also exemplary in this direction.But what i heard yesterday(and to which i humbly objected during Question answer session)was full of arrogance and snobbishness of superiority trying to potray the message of Gita (in Prabhupada’s name)with contamination of personel view point.Can we really become great by diminishing others ? Can we become great by saying that i am right and rest of the world is wrong ? Can i arrogantly claim the superiority of my faith alone with completely disregard and reject t he others viewpoint ?Can we uphold the spiritual richness and variety of our great land by castigating the works of Gandhi(whose belefs freed two subjected nations of the world..INDIA,South Africa..Also inspired Sir Martin Luther king),Sri Ramakrishna or Sankaracharya ?Was this Sri Prabhupada’s objective ? In my wildest dreams i cannot beleive this .Sri Srimad Bhakti Siddhanta Goswami(guru of Prabhupada) encouraged Prabhupada to come to west and spread the Krishna consciousness .And just like Sri Chaytanya who lead this movement in 15th century and the flood of spiritual current swept across India,Prabhupada’s effort brought such a revolution across the world in modern times.But i am sorry to say that after what i had to listen yesterday ,i feel Prabhupada’s real intentions have been refuted by unworthy explanations.And all of us who had gone to temple with an intention to listen to the discourse were greatly hurt!!

I grew up almost at the backyard of ISCKON mandir at my home town in India and instead of an Alarm clock it was the sweet Sankirtan that woke me up in the morning.I was a regular visitor and also an admirer of His holiness Prabhupada.I have read his “Bhagvat Gita ” along with other literatures publisheed by ISCKON from time to time.This was a part of practice at home to learn and know about all holy souls and develop a tempramental equivalence to conduct ourselves in a world that has multiple faith and religion.

I just want to ask ,if anybody have an answer that what was achieved by using improper judgement about other holy souls while explaining the holiness and sacred truths of GITA(written by another distinguished scholar,Guru and holy soul).I have never read or heard Prabhupada using any such method to explain his concepts! So does his followers have such rights to address Father of a Nation’s viewpoint on Gita as “nonsense”?

I am not writing this to rage a controvery but only to communicate that my innocent and simple faith received a blow last night.I would be greatful if anyone of you as worthy devotee of Sri Krishna and His divine grace Prabhupada do something so that such incidents of personel judgement do not adultrate the explanation in our holy books and scriptures in future.

With reverence to Lord Sri Krishna…..and all holy souls!

3 Responses to Do We Have any Answers [Please comment]