The Supreme Personality of Godhead, who is greater than all..." /> Krishna Conducts All Affairs of Both Universes | Krishna.org
Krishna 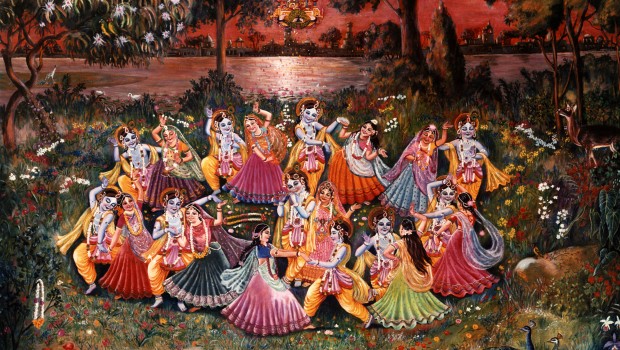 The Supreme Personality of Godhead, who is greater than all, is attainable by unalloyed devotion. Although He is present in His abode, He is all-pervading, and everything is situated within Him. (Bhagavad-Gita 8.22)

It is clearly stated here that the supreme destination from which there is no return is the abode of Krishna, the Supreme Person. The Brahma-samhita describes this supreme abode as a place where everything is full of spiritual bliss. Whatever variegatedness is manifest there is all of the quality of spiritual bliss–there is nothing material.

All variegatedness is expanded as the spiritual expansion of the Supreme Godhead Himself, for the manifestation there is totally of the spiritual energy, as explained in Chapter Seven.

It is clearly stated here that only by bhakti, or devotional service, can one enter into the Vaikuntha (spiritual) planetary system. In all the Vaikunthas there is only one Supreme Godhead, Krishna, who has expanded Himself into millions and millions of plenary expansions. These plenary expansions are four-armed, and they preside over the innumerable spiritual planets. They are known by a variety of names–Purusottama, Trivikrama, Kesava, Madhava, Aniruddha, Hrsikesa, Sankarsana, Pradyumna, Sridhara, Vasudeva, Damodara, Janardana, Narayana, Vamana, Padmanabha, etc.

These plenary expansions are likened unto the leaves of a tree, and the main tree is likened to Krishna. Krishna, dwelling in Goloka Vrndavana, His supreme abode, systematically conducts all affairs of both universes (material and spiritual) without a flaw by power of His all-pervasiveness.

29 Responses to Krishna Conducts All Affairs of Both Universes 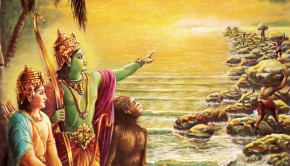 Krishna Assures Arjuna that he is the greatest yogi → 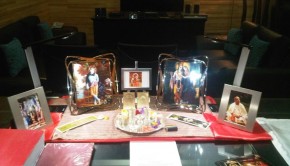 The Pastimes of Scholarship →