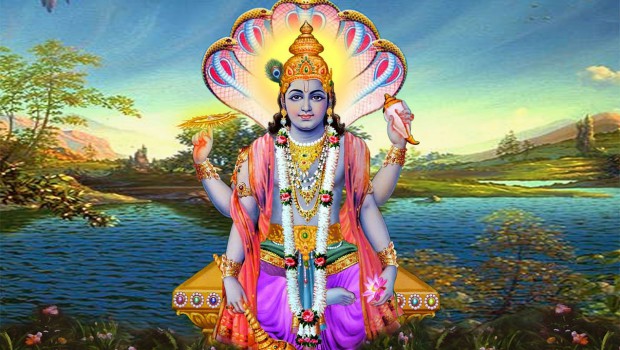 As living entities we are eternal, and hence the desire for permanent happiness should be our prime motive. Yet we souls change millions of bodies, going up and down the fourteen material planetary systems, chasing after illusory peace and pleasures, expending huge amounts of blood and energy.

Our objective is not the temporary peace and happiness available in the material world. As living entities we are eternal, and hence the desire for permanent happiness should be our prime motive. Yet we souls change millions of bodies, going up and down the fourteen material planetary systems, chasing after illusory peace and pleasures, expending huge amounts of blood and energy. The permanent peace and happiness we demonically run after eludes us constantly; we do not know where real peace and happiness are available. As Prahlada Maharaja says in the Srimad-Bhagavatam (7.9.25),

In search of truth we become deviated and, taking shelter of the boat of the material body and mind, travel aimlessly in the ocean of material existence, with no land in sight. Mercilessly tossed about, we brood, “In the dispensation of providence, man cannot have any rest.” If only we knew that our ultimate destination is Lord Visnu, the Supreme Personality of Godhead! Then we could end our suffering. To dispel our ignorance about this fact, Lord Krsna has informed us that we must perform all activities as a sacrifice for Lord Visnu’s satisfaction. The Rg Veda confirms this: “Lord Visnu is the Supreme shelter of everything. All the demigods are constantly meditating on Him.” Thus we see that the demigods also consider Lord Visnu’s lotus feet their supreme destination, and they become liberated simply by performing all activities for His pleasure. One who wants release from the vicious karmic cycle must have Lord Visnu’s lotus feet as his final objective. Otherwise, he will have to become demoniac.

The followers of the varnasrama way of life, or sanatana-dharma, are now being called Hindus. Their forefathers, especially those who belonged to the upper castes—the brahmanas, ksatriyas, and vaisyas—centered their lives on Lord Visnu. In every stage of life, especially in the householder stage, people worshiped Lord Visnu in their homes, performing devotional service for His satisfaction. A few very devoted souls continue to do so even today. They collect money only for the Lord’s service. The money buys grains and vegetables, which they cook with devotion and then offer to Lord Visnu. Later the devotees honor this prasadam, the Lord’s mercy in the form of food, by eating it. In all these activities Lord Visnu is the enjoyer, and one seeks to please Him. In the past, the times were conducive to such activities, and even now they are practiced in many places. Actually, such devotional service is applicable to everyone, to all places, and to all times.

Lord Visnu is the Supreme Personality of Godhead, the goal of everything. Performing all works for His satisfaction is the only way to open up the path of liberation from the cycle of fruitive action, or karma. It is recommended that all progressive and beneficial activities be executed for the pleasure of the Supreme Lord, Visnu. Echoing the words of the scriptures, the learned sages proclaim “the attainment of Lord Visnu’s lotus feet is the same as becoming liberated.” The final step in the karma-yoga process is to satisfy Lord Visnu, at which point one’s own desires are automatically fulfilled. While delineating this point, Lord Krsna says that if work is not performed for His satisfaction, then all activities are tainted with sin and result in sinful reactions, which created havoc in society. In the Bhagavad-gita (3.13), Lord Krsna says, “The devotees of the Lord are released from all kinds of sins because they eat food which is first offered for sacrifice. Others, who prepare food for personal sense enjoyment, verily eat only sin.”

Preparing and eating food in the way just mentioned is service to the Supreme Lord, Visnu. Sometimes it may appear that some sin is being committed in its execution, but if one takes and honors the remnants of the sacrifice, or offering to Lord Visnu, then one is automatically exonerated from all binding reactions and becomes liberated. Though we may live very carefully, trying to avoid sins and strictly follow the path of nonviolence, still our lives are controlled by the cycle of karmic reactions. Hence, unwittingly we are forced to commit many kinds of sin. We commit so many sins in business transactions, common human dealings, daily chores, and especially political and administrative activities. It fine to vociferously support nonviolence, but in actual life one is compelled to commit acts of violence. One may succeed in avoiding many kinds of sin, but it is impossible to escape committing the five great sins called panca-suna. While walking on the street we may crush many ants to death against our wishes. While cleaning house, we may squash many insects to death. While grinding food grains or lighting a fire, we destroy many tiny lives. In this way, while executing our ordinary, daily chores we are forced to commit violence and take many innocent lives. Willingly or unwillingly, we commit sins. Thus, when a religion fabricated by the human brain prompts one to embrace the path of nonviolence for its own sake, it inevitably gives advantage to one and difficulty to another.

It is impossible to be exempted from the adversities caused by mentally concocted beliefs. According to man-made laws, if one person murders another he is condemned to the gallows, but no action is taken against a man for killing animals. Such is not the law of providence. The law of God is such that it punishes the killers of both man and animals; both acts of murder are penalized. The atheists deny the existence of God because in this way they think they can commit sins unhindered. But all the revealed, authorized scriptures say that by killing innocent creatures, the householders commit many sins willingly or unwillingly while performing their normal daily activities. To get release from these sins, the householders are enjoined to perform certain sacrifices. Foremost of these is to eat and honor the remnants of food offered to Lord Visnu. As for those selfish householders who cook food only for their own sensual pleasure and not for the service of Lord Visnu, they have to suffer all the sinful reactions incurred while cooking and eating. This is the law of providence. Therefore, to get rid of these sins, the followers of the Vedic religion dedicate their household activities to Lord Visnu’s service.

The leaders of society are therefore advised to perform devotional service for Lord Visnu’s satisfaction—both for their own benefit and for the benefit of those they lead. As Lord Krsna says to Sri Arjuna in the Bhagavad-gita (3.21), “Whatever action a great man performs, common men follow. And whatever standards he sets by exemplary acts, all the world pursues.” Because everyone follows their example, the leaders are required to carefully study the process of devotional service to Lord Visnu. This is their duty. Thus for the benefit of human society, there is a great need to construct universities that will impart knowledge of devotional service.
Alas! The times are such that those who are considered leaders and stalwarts of society are more viciously inimical to God than others. Therefore, what devotional service for Lord Visnu’s satisfaction can they perform? And if they cannot perform devotional service, then how will they gain release from their innumerable sins? If the stalwarts of society are not willing to declare that Lord Visnu is the omnipresent Absolute Truth, and that He is all-pervasive due to His being both a person as well as formless, then what can the lesser men, the man on the street, understand about this esoteric subject matter? The Supreme Lord is the sole proprietor of everything. We cannot take the position of the enjoyer and proprietor of this material world. Whatever the Supreme Lord mercifully gives us as His remnants, that alone should we accept. We must never desire another’s property. As the Isopanisad states,

Everything animate or inanimate that is within the universe is controlled and owned by the Lord. One should therefore accept only those things necessary for himself, which are set aside as his quota, and one should not accept other things, knowing well to whom they belong.”

Only when the leaders of society center all their activities on the Supreme Lord, Visnu, will these activities bring good fortune and benediction to the leaders themselves, as well as to their followers. But if the leaders avoid performing their activities for Lord Visnu and instead pose as Lord Visnu themselves—taking worship, wealth, and praise from their followers and returning the same to them as remnants—then others might become attracted by their pretentious renunciation and thus follow their path to doom. But nothing further will be achieved. Such leaders uselessly excite their ignorant sycophants, inducing them to perform many sinful activities. In this way such selfish leaders bring about their followers’ doom simply to increase their own distinction, adoration, and wealth. Unfortunately, the leaders do not know that these miniscule portions of distinction, adoration, and wealth will be burned to ashes with their death. But the sinful methods used to acquire these temporary material advantages will beget results, which will then very subtly mix with their subtle body, namely mind, intelligence, and false ego. And these results will later become the seeds of further sinful activities, which will entangle the soul in the cycle of karmic reactions birth after birth, forcing him go through many different species of life.

14 Responses to Life’s Only Goal