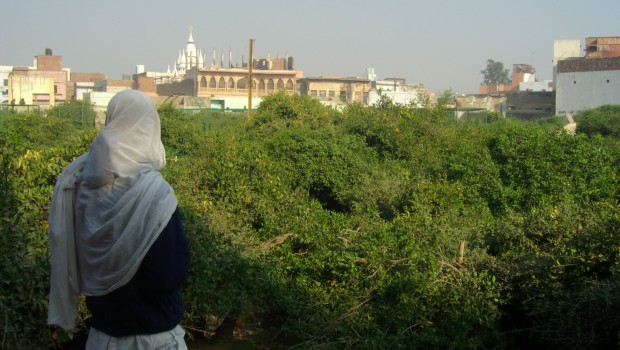 Thousands of people inhabiting the verdant and hilly northern belt home to the folklore of Hindu god Krishna are waging a grim campaign to save their land from illegal mining and stone quarrying.

The Braj region, encompassing Mathura town in Uttar Pradesh, the densely forested Bharatpur in Rajasthan and Faridabad in Haryana, is rapidly losing its natural bounty due to indiscriminate mining for sandstone, say activists.

The hills are being blasted down with dynamite and pulverised to dust, allegedly without official sanctions, and residents are getting desperate. Hunger strikes and protest rallies have gathered steam with determined villagers taking on not only the miners but authorities as well.

Much of the activity is affecting regions not far from the Taj Mahal town of Agra. In the process, peacocks, monkeys and deer have been killed or driven out. In the past too, Haryana has reported rampant illegal mining in sand and stones, in areas bordering New Delhi.

“It is a grave irony that the 5,000-year-old heritage hills of Braj, far older than the Taj, are being completely neglected,” said Raghav Mittal of the Braj Rakshak Dal (BRD), the outfit at the forefront of the “Save the Braj” campaign.

Mittal, a graduate of the premier Indian Institute of Technology (IIT) who quit a lucrative job to join the drive, told IANS that dozens of sacred sites and hills in the region are in danger of being wiped out.

Cattle have suffered immensely since the mining has chipped away at green tracts. Some of the landscape is fabled to have been the setting for the romance of the divine lovers Krishna and Radha, depicted in many art forms.

Vineet Narain, the convenor of BRD, said: “We are told development cannot be stopped for the sake of sentiment.”

Rajasthan’s Minister of Mines Laxmi Narayan Dave, however, denied that there was anything illegal about the mining.

“The BRD gave us an outline of the area they wanted protected, and we shut down 19 mines at the cost of Rs.10 million. What more can we do?” Dave asked IANS on telephone from Jaipur.

Dave, who is also the environment minister, insisted he was as worried about ecology as the villagers.

Residents of over 50 villages have come together and formulated an 11-member panel to carry on the resistance against illegal mining carried out mostly under the cover of darkness.

Giving vent to the growing unrest, around 6,000 villagers took out a mass protest April 4 at Seu village in Bharatpur district, which has the famous caves of Jadkhor, said to be 5,000 years old and key in the legend of Krishna.

Readings of the Bhagvad Gita were organised in a Jaipur temple to raise awareness about the destruction.

The Gita is the celebrated advice of Krishna to a confused Arjuna, the hero of Mahabharata, when he refused to fight his cousins and friends in the epic battle.

Less than a fortnight ago, the police had to intervene in a scrap between miners and the villagers of Seu.

Responding to a public interest litigation last May, the Rajasthan High Court had regretted the state government’s concessions to mining operators to continue their activities without requisite sanctions.

The anger of the villages has been brought out vividly in CD cassettes brought out by the activists.

A villager of Kaman, one of the affected villages near Bharatpur featuring five historic Jain temples, is quoted as saying: “They claim these mines will give us jobs – but most of the work is done by machines.”

Added another villager, Radhakant Shastri: “If we do not act now, we will repent for centuries.”

One Response to Mining reduces Krishna’s playground to dust