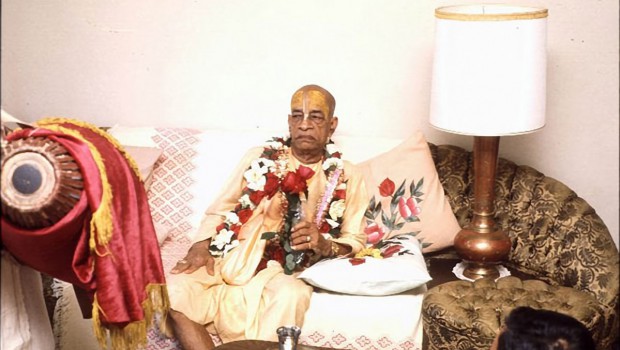 Either view might end up being what occurs but for us to pre-judge the future is vain, since our crystal ball attempts are amatuerish at best and moreover, we are not in charge of Krishna.

There are ways to view evidence to support that there will be NO more gurus for but only a ritvik system, maybe till the end of Kali yuga. There are also ways to view evidence that there WILL be more gurus, and indeed that the acharyas are hopeful that “at least one person will understand their preaching,” or that an already existing pure devotee will descend to our realm as “a ray of Vishnu who will appear soon (as Srila Bhaktivinode prayed Srila Saraswati would appear: and so on).”

Srila Saraswati was supposed to be a manjari assistant of Radharani by the way. Would we like to have this type of person here right now to help us, we’d say, sure why not? Yet we also have to take care not to rubber stamp conditioned souls as this level of guru, also agreed.

Overall, we’d say the evidence is that the guru hopes his followers will become more pure and further their mission so on. Yet we would say that both views can be supported and it is unknown by us how this will all unfold in the future but we should be able to accomodate either possibility as Krishna’s arrangement. Either view might end up being what occurs but for us to pre-judge the future is vain, since our crystal ball attempts are amatuerish at best and moreover, we are not in charge of Krishna.

So, yes both Harinama and Madhuvisa are correct. There are quotes to apparently indicate that there will be an indefinate ritvik system, and there are also quotes of hopeful wishes for existing devotees on this planet to advance, and/or have an already advanced devotee appear here and in sum to descend to here. To say that either case is exclusive, and will happen for sure, is incorrect and it is a narrow understanding of the whole body of quotes.

We are saying that we have to accomodate all of these quotes and citations and allow for both doors to open, as these two potential paths of citations accomodate. To use over-emphasis on a few quotes and disregard for other quotes as the IRM for example has done, even though we may agree with some of their idea, has harmed us because our opponents attack their mis-citing and/or disregarding of things like the quotes Madhuvisa and others have forwarded.

We need to have a balanced view, that the acharya Srila Prabhupada clearly allowed for either door to open as Krishna’s will. As he was dependent on Krishna’s will, so we as his followers should be. Either door can open. Right now we should concentrate on uniting to get the first piece of Srila Prabhupada’s order together to get his movement in some form of order.

Yet we cannot allow others to use dirty tricks like the IRM has done by citing Tamal as their authority in the middle of all this. The IRM citing of Tamal supports nothing that Srila Prabhupada wanted but simply adds weight to the molester beejer guru lineage, and this is a view that is outside the ball park of anything Srila Prabhupada wanted. To sum, we can tolerate the “no guru except Srila Prabhupada ever idea,” and “the next guru might possibly come soon idea,” both ideas can be supported from quotes, but that Tamal should be supported as an authority, the IRM view, has no shelter anywhere.

So to sum, we should try to be more tolerant of both the Harinama and Madhuvisa views, because either view is distinctly possible for the future and both are supported by many citations from shastra. This is because Srila Prabhupada left either option open ended as Krishna’s will, but we should try to combine the ideas since there is an open door option of both options, and either is going to be carried out by the will of Krishna and not us.

This is why it is a little odd for me, I have always since 1980 supported that both views can be distinctly possible and that both can be supported from citations, the only difference is that I think we cannot control either option occuring and that it is a futile effort to do so. hope this helps, ys pd