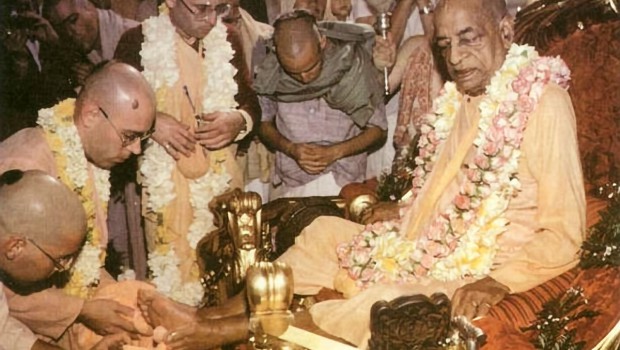 Srila Prabhupada was able to engage Tamal Krishna Goswami in so much service to Krishna and we remember him for that service. Tamal was an important man in Prabhupada’s ISKCON and Prabhupada relied on him for a great deal of management and preacing work. Tamal Krishna’s preaching was powerful and he made many new devotees.

There is no place for revenge in Krishna consciousness and one of the qualities of a Vaisnava is forgiveness. And particularly at the time of a devotee’s disappearance the animosity should be put aside and we should be praying that Tamal will go back home, back to Godhead.

Although many devotees had disagreements with Tamal Krishna Maharaja there is no question that he was a very powerful preacher and through his service many devotees were atracted to ISKCON and many of Srila Prabhupada’s books were distributed under his direction.