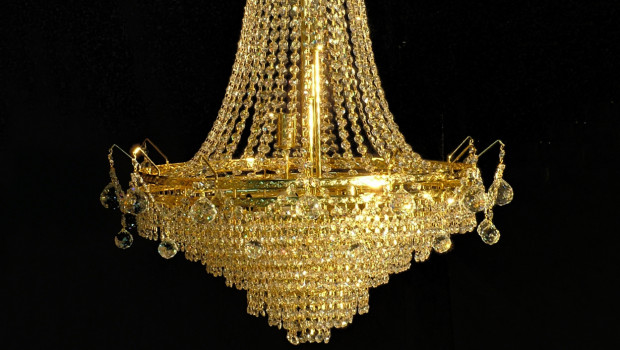 I just saw your 2014 TOVP presentation to the GBC.

This is a total disaster. It seems that you have no idea whatsoever of the universe as it is described in Srimad-Bhagavatam.

The idea of the chandelier analogy, you have got it totally wrong altogether.

The Vedic universe is not like a chandelier. It is not chandelier shaped. What you are doing is insane. Totally wrong. Totally crazy.

Srila Prabhupada gave the chandelier example in the same way as he more often gives the example of the tree with it’s roots up and branches down and these are describing the same thing:

Tamala Krsna: One big pandita has been contacted, and he’s very surrendered to Prabhupada. He wants to help Prabhupada and our movement to understand the meaning of the sastras in regard to the layout of the universe, so that the planetary systems can be done in our planetarium.
Prabhupada: This planetary system is rotating from east to west, and it is hanging like the chandelier, taking shelter of the polestar. That we can see every night. Now where is the situation, which planet, where is sun, where is moon—so that he has to assert. (1977 conversation between Srila Prabhupada and GBC)

So the chandelier example explains how we see everything in the sky is moving, rising in the east and setting in the west, but at the same time keeping the same relative positions. Planets of course have an indepnedent motion also, so they are seen in different parts of the chandelier at different times.

Your whole chandelier concept is so totally wrong, such a complete disaster. You just making a joke out of the whole thing. The chandelier or the tree with its roots upward and branches down are describing the sisumara chakra. This is how it is described in the Bhagavatam, as a dolphin swimming in the sky. It is not a real dolphin, but the analogy is that all the stars and constellations are fixed on various parts of the dolphin’s body and the dolphin is swimming in the sky and this sisumara chakra, which is explained by the tree with its roots up and branches down and also by the example of the chandelier is the key to understanding how the heavenly bodies are moving in the sky.

I have never seen anyone in ISKCON describe this sisumara chakra, which is the movement that is described by the analogy of the tree or the chandelier moving around the polestar. But without understanding this there is no way that one can explain the movements of the heavenly bodies.

You know this nonsense will not display anything at all. Srila Prabhupada says the TOVP has to show how the sun is rising and setting, how the seasons are changing, how the stars and planets and constellations are moving in the sky, etc, etc, etc. In other words the TOVP has to show how the universe is really working according to the Srimad-Bhagavatam. And it has to exactly explain what we actually see happening in the sky. Thoughtful people have to be able to see exactly how these things are working. TOVP has to be an actual predictive model. It has to explain everything we see occurring in the sky. That is the most essential point. This nonsense chandelier does not show anything at all. It is a joke. It is completely useless and completely wrong. This is a 60 million dollar mistake. The biggest mistake ISKCON has ever made!

It is just a decoration in the temple, it is noting more than that. With some mystical mythical Hindu figures on it. But it is not something that anyone will ever take seriously. It is not a planetarium at all. It is just a temple decoration.

This was supposed to be something that thoughtful people could appreciate, and it was supposed to show how the description of the universe as given in the Srimad-Bhagavam is correct and how the ideas of modern science are completely wrong. It does not do this. The nonsense thing you are presenting just does not work even in any way at all. You can not explain anything at all that we observe in the sky using this nonsense chandelier. Such a chandelier universe just doesn’t work. It doesn’t explain the things we see in sky. This is insanity. Total insanity.

The Vedic concept of the universe is NOT AT ALL LIKE A CHANDELIER. The chandelier is simply an analogy that Srila Prabhupada used to describe one part of the universe. It is not the whole thing… And like there is no actual dolphin and no actual tree with it’s roots up and branches down, there is also no chandelier in the universe. These are all analogies trying to explain how the sisumara chakra is moving in the sky. So we have to use the analogies to understand the substance they are describing. Not think that the universe is a chandelier. it is ridiculous. Insane. Crazy.

You have completely misunderstood the chandelier example totally. It is such a disaster. The most outrageous wast of money in the history of ISKCON.

It was supposed to be a serious and scientific presentation of the true and actual working of the universe. You have turned it into a joke. No thoughtful person could ever take this chandelier as a universe seriously. It is a disaster. Total disaster.

4 Responses to The Universe is Not Chandelier Shaped 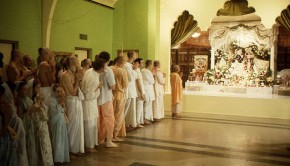