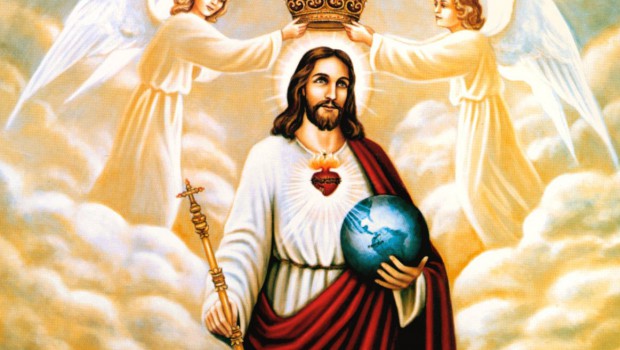 Please accept my blessings. I beg to acknowledge receipt of your letter dated Nov. 7, and I am very glad to know that you are working in San Francisco equally with the same enthusiasm as I saw you here when I was in Los Angeles last year. Perhaps you have heard it that for the time being we have no temple. The landlord in Hollywood Blvd. did not like our devotees to stay there, and he returned $450 so that we would move our articles there from the storefront. So the Deities are here in my apartment, so I do not know how we shall find out a suitable place. And when there is a nice suitable place for our temple, then I shall consider whether you are to come back. For the mean time, you work in San Francisco, and try to organize sales of our Back To Godhead as many as possible. I have not heard anything from Cidananda since a long time, and I hope he along with the other devotees are all well. I understand that on the average you are collecting $22 a day, so this is nice, just go on trying to increase.

Whenever the Indian community invites you to go and take Prasadam, be always kind with them, and go there and chant Hare Krishna. They are vegetarian, so whatever Prasadam they prepare you offer to the Deity and enjoy it.

Regarding your questions: Your first question, “Are great sages put under yogamaya or maya? Also are all the eternally liberated souls under yogamaya?” Yogamaya means the mercy of the Supreme Lord which connects a devotee in the transcendental loving service of the Lord, and mahamaya means the external potency of the Lord which puts a conditioned soul into illusion that he will be happy by material adjustment. So great sages who are impersonalists are also under the spell of mahamaya, because a conditioned soul in the material world wants to improve his material position as exalted as possible, and the concept of becoming one with the Supreme Lord is the greatest illusion for them. Because it is a fact that nobody can be equal or greater than the Supreme Personality of Godhead, and as such, anyone desiring to become one with the Supreme means that he is still in the trap of maya. On the other hand, a humble devotee who may not be a great sage, but simpy by his implicit acceptance of the Lotus Feet of the Lord as the goal of his life means that he is under the protection of yogamaya. I think this will clear the idea.

Your next question, “Is there a difference between Arjuna’s body and his soul, and how does this apply to all Krishna’s eternally liberated souls described in the scriptures. Is Arjuna always the same in his appearances with Krishna or is a new soul taking his body each time?” Yes, there is difference. Therefore he forgets his past activities. Just like we forget ourselves while dreaming because our subtle body acts at that time differently from the gross body. Similarly, by changing this body or transmigrating from one body to another, we forget all the activities of our previous body. The associates of the Lord, even though they have a different body, or even though they forget the activities of their past body, still they are associates of the Lord. These explanations are given in the Bhagavad-gita as it is.

Your next question, “Is a pure devotee eternally liberated and if so is he at any time a conditioned soul? We are eternally conditioned, but as soon as we surrender to Krishna do we then become eternally liberated? When Lord Christ appeared he seemed to be conditioned in his growth. Was he a specific incarnation or a conditioned soul who became liberated?” You are not eternally conditioned. You are eternally liberated but since we have become conditioned on account of our desire to enjoy materialistic way of life, from time immemorial, therefore it appears that we are eternally conditioned. Because we cannot trace out the history or the date when we became conditioned, therefore it is technically called eternally conditioned. Otherwise the living entity is not actually conditioned. A living entity is always pure. But he is prone to be attracted by material enjoyment and as soon as he agrees to place himself in material enjoyment, he becomes conditioned, but that is not permanent. Therefore a living entity is called on the marginal state, sometimes this side, sometimes that side. These are very intelligent questions. And I am very glad that you are putting such intelligent questions and trying to understand it. It is very good. But best thing is that one should know he is in conditioned life and try to cure it. When a man is in diseased condition he should try to get out of diseased condition without harassing his brain when the disease has begun. But it is to be understood that the disease is not our constant companion, it is temporary. So the best thing is to cure the disease, and not waste our time to find out the date when it began. Forgetfulness of Krishna is the disease, so let us keep ourselves always in Krishna Consciousness, and get out of the disease, that is healthy life. Yes, Lord Jesus was jivatattva. He is not Visnu tattva. When a jiva tattva becomes specifically empowered by the Lord, he is called saktyavesa avatara. Lord Buddha and Lord Jesus Christ were in this group of saktyavesa avatara.. But they were not in conditioned state when they appeared; they came to teach here.

Arati is performed at 1 1.2 hour before sunrise to awaken the Deities. Each offering is made by moving it in 7 big circles, starting at the Lotus Feet of the Lord, and going clockwise round. First of all, burning camphor or ghee (5 fires if possible) is offered in this way, slowly circling them before the Lord. With left hand bell is being rung, and with right hand the offerings are made by circling. Next burning dhupa is offered. Then water is offered in a conchshell. Then a nice handkerchief is offered. Then a nice flower, as a rose. Then the Deities are offered a fan, nice peacock feather fan. And the last item is the blowing of the conch shell three times. Throughout arati there is bell ringing, cymbals, mrdanga, gong, harmonium, etc.

Hope you are all well, and please keep me informed on the progress of the temple there.

16 Responses to Jesus was an empowered incarnation of Krishna 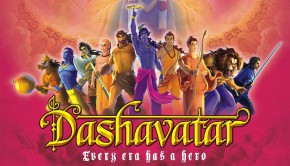