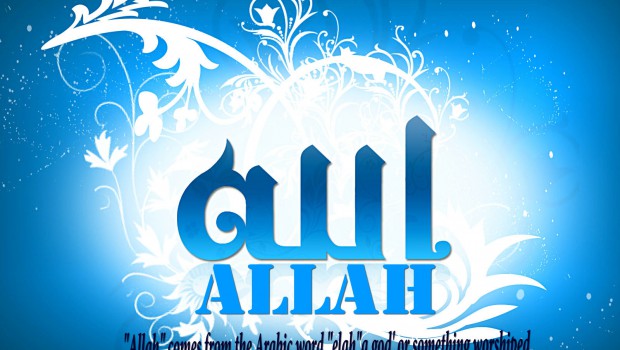 But Allah is not the name. That is…Just like the President and Mr. Nixon. The President may be another person. Not only Nixon, but another person also may be. So President is the general understanding of the post. But still, one who occupies the post, he has got a name.

Jyotirmayi: He said that in Christianity God has no name.

Jyotirmayi: God has no name in Christianity, but the son of God has a name. And before they use for a long time, and everywhere they were saying the name of Jesus Christ.

Prabhupada: But they say that in Christianity there is a name of God. They say. No?

Prabhupada: But you said that His name be glorified.

Devotee: They say “Hallowed be Thy name.”

Priest: But the name is not said.

Devotee: Jesus said that “All I have taught you is not the total sum of the knowledge of God,” he says, “but there is more to be told.”

Prabhupada: That’s all right. So if you have no name, then why don’t you take this name, “Krsna”?

Prabhupada: What is the objection?

Bahudha: God has many names. If you are missing, so you can take one of the name. Krsna is one of the names, so what is the objection? And Caitanya Mahaprabhu said, “In this name, all the potencies of God is there.” Namnam akari bahudha nija-sarva-sakti tatrarpita. That name is as powerful as God Himself. There is no difference between the name and God, because He is absolute. Here in the material world there is the difference between name and the person or the thing. If I am thirsty, if I simply chant “water, water, water,” that will not appease my thirstiness. But the spiritual world, absolute, the name and the person is the same. Abhinnatvan nama-naminoh. Under the circumstances, if you are missing some name, so take this name. Why it should not be taken?

Priest: Krsna has no special…

Priest: Does it matter…

Prabhupada: Now, there are thousands and thousands of names, that we also admitted. At least we have got sahasra-nama, visnu sahasra. But in another place it is said, other Upanisad, Hare Krsna, Hare Krsna, Krsna Krsna, Hare Hare/ Hare Rama, Hare Rama, Rama Rama…This name is recommended. Just like Agni Purana and Kalisantarana Upanisad, in this Vedic literature, this…

Priest: Yeah, but each Upanisad will recommend its own specific Deity, you know. Rama, as you say, Hare Rama. Or Siva.

Priest: Or Siva. I mean, you see, in the Svetasvatara Upanisad.

Priest: I mean, what devotees? You have got bhakti also in the Saivite , all the others.

Pusta Krsna: The argument, if you say that it is not special, then you will say that you can chant any name.

Priest: You see, for instance, in Christianity for a long time there was a bhakti, and this bhakti was devoted to the name of Jesus. So for a very long time you had that Jesus bhakti. And in your country, in America today, like you have got the Hare Krsna, you have got also the Jesus devotees. Now, this is also present in many places. And the name does not matter. There is no name who has got the…Because then you find again what…

Priest: Yeah, but I mean, this is another point.

Prabhupada: But if you have got the father’s name, why should you call Him by the son’s name?

Priest: Yeah, but this is another discussion (indistinct). What we mean by father and son, you know, we don’t mean it…

Prabhupada: That everyone’s father and son is the same. If father says something and the son says…Just like in a big family, if the son orders something, it is as good as the father’s order. That is our experience. But still, if you want to call the father, you will not get the father’s response by calling the name of the son.

Prabhupada: Yes. Hare Krsna. Now, one thing is that if we are interested in chanting the name of God, if it is available, then why should I chant the name of the son?

Priest: No, it is not that question. The question is…

Devotee: Excuse me for interrupting, but one thing was that you suggested that the name of Krsna is a very common name…

Devotee: …in the sense that many people may be called Krsna. But the Supreme God is also called Krsna. So if you chant His name, you derive the benefit even if you’re not thinking of Him as the Supreme.

Priest: Yeah, but for the Christian the same. Jesus is a very common name.

Devotee: That’s all right. We’re saying chant. Our spiritual master is teaching “You chant the name of God.” That’s the important thing.

Prabhupada: If you think that Jesus Christ’s name is also, you can chant, we have no objection. We say that you chant the holy name of God, whatever you have got. That’s all right.

Priest: And for a Muslim you mean to chant Allah.

Priest: Name Krsna, Allah, Jesus, (indistinct), what is the…

Prabhupada: Allah is not name. That is…It is not the name. It is just like the idea of God.

Prabhupada: But that is not the name. That is…Just like the President and Mr. Nixon. The President may be another person. Not only Nixon, but another person also may be. So President is the general understanding of the post. But still, one who occupies the post, he has got a name.