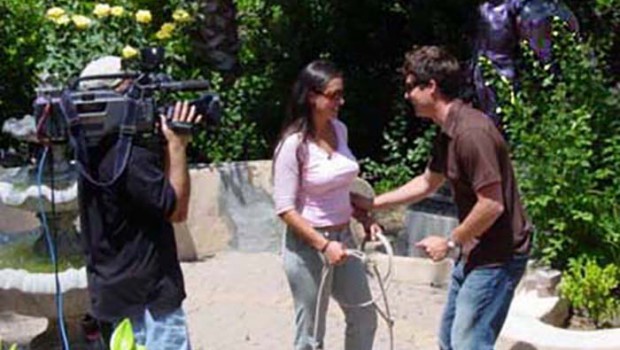 Published on May 6th, 2004 | by nrsimhananda-dasa | Full size image

Andrew Firestone, heir to the Firestone tire family, and heart-throb star of the television reality show, The Batchelor, was the recipient of a Bhagavad-gita from ITV’s Nrsimhananda dasa at the Pyramid House in Topanga. 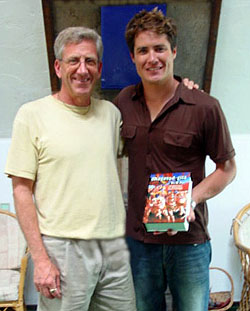 Andrew was very pleased to receive something “spiritual,” and the inscription pointed his attention to the following verse:

We pray that Andrew, a very nice young man, takes full advantage of his real good fortune… A moment’s association with the pure devotee [Srila Prabhupada] can save one from the greatest danger.

The crew all took prasadam at the end of shooting. 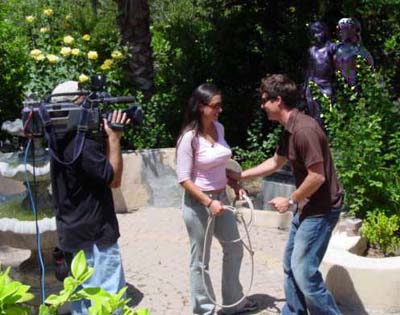