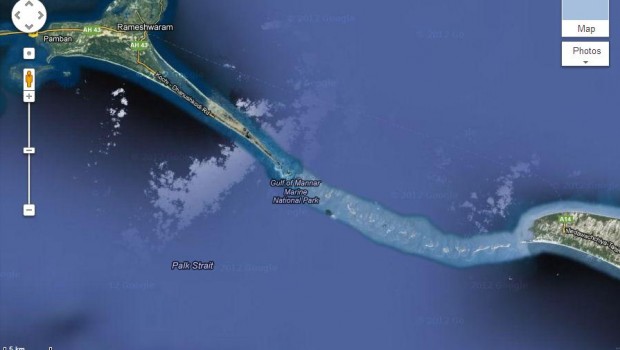 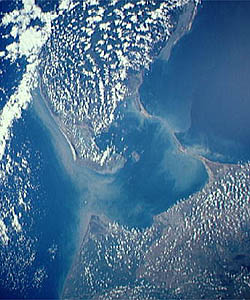 Space images taken by NASA reveal a mysterious ancient bridge in the Palk Strait between India and Sri Lanka. The recently discovered bridge currently named as Adam’s Bridge is made of chain of shoals, c.18 mi (30 km) long.

The bridge’s unique curvature and composition by age reveals that it is man made. The legends as well as Archeological studies reveal that the first signs of human inhabitants in Sri Lanka date back to the a primitive age, about 1,750,000 years ago and the bridge’s age is also almost equivalent.

This information is a crucial aspect for an insight into the mysterious legend called Ramayana, which was supposed to have taken place in treta yuga (more than 1,700,000 years ago).

In this epic, there is a mentioning about a bridge, which was built between Rameshwaram (India) and Srilankan coast under the supervision of a dynamic and invincible figure called Rama who is supposed to be the incarnation of the supreme.

This information may not be of much importance to the archeologists who are interested in exploring the origins of man, but it is sure to open the spiritual gates of the people of the world to have come to know an ancient history linked to the Indian mythology. 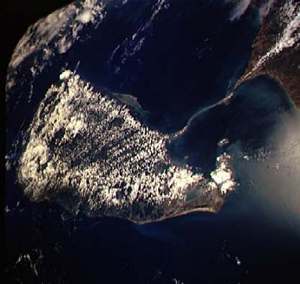 The first signs of human inhabitants in Sri Lanka date back to the Stone Age, about 1.750.000 million years ago. These people are said to have come from the South of India and reached the Island through a land bridge connecting the Indian subcontinent to Sri Lanka named Adam’s Bridge. This is related so in the epic Hindu book of Ramayana. 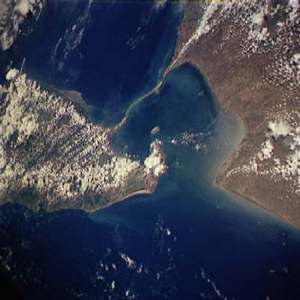 Rama’s Bridge, chain of shoals, c.18 mi (30 km) long, in the Palk Strait between India and Sri Lanka. At high tide it is covered by c. 4 ft (1.2 m) of water. A steamer ferry links Rameswaram, India, with Mannar, Sri Lanka. According to Hindu legend, the bridge was built to transport Rama, hero of the Ramayana, to the island to rescue his wife Sita from the demon king Ravana. 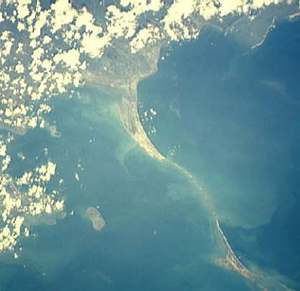 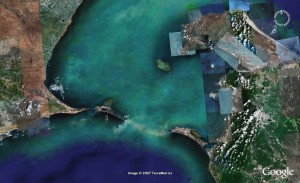