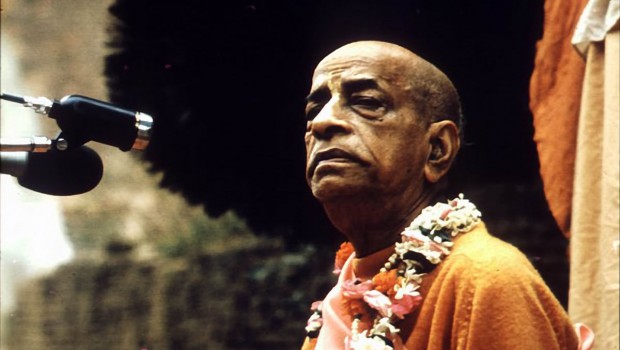 I first met Hare Krishna’s in Southern California around 1985 (near Venice Beach I think…they were going to the beach for some kind of ceremony). One just told me bluntly: ‘Become a Hare Krishna’, which I will not forget, as it sounded absolute.

Is VERY useful…I am devouring the MP3 Audio talks by Srila Prabhupada.

A little history about me: I first met Hare Krishna’s in Southern California around 1985 (near Venice Beach I think…they were going to the beach for some kind of ceremony). One just told me bluntly: “Become a Hare Krishna”, which I will not forget, as it sounded absolute. They were very colorful, and the atmosphere they produced was other-worldly, very noticeable. Then in Madison Wisconsin around 1990…there was a young family (husband, wife, and little 1 year old boy named Mukti) there that ran the local Krisha temple (a house). They were from the Chicago area Krishna group. I ate prashadam with them a few times, and they were very influential, and impressed me deeply, because they were living the HK life and not acting.

I more or less fully approve of Hare Krishna’s, as it is based on the Vedas, which I consider OK. Even the Buddha lived according to the Vedas, correct? I have been reluctant to become a Hare Krishna, or Buddhist also (have been studying Buddhism), but I have been practicing many of the main principles of both, and whatever other teachings I find in the ‘new age’ community.

I don’t really consider myself ‘on the fence’, after all, did the Buddha call himself Buddhist, or did Krishna call himself a ‘Hare Krishna’? I admire both HK and Buddhists greatly though.

What advice would you give to convince me to become a Hare Krishna? And if so, what community in the south eastern Wisconsin area would I be able to meet up with?

I have observed how most people live, and how they grow spiritually dull with age…and then die unenlightened more or less, being burdened with material pursuits, etc.. Because of this, I am on the precipice of making a decision to join a ‘spiritual community’, not only for my sake, but for others…the outward appearance and the confession of what path one follows does affect others (am thinking mostly of my family). I have looked into Zen Buddhism, but also see a lot in the Hare Krishna’s, but I am not sure which one. I may just stay ‘myself’, continuing to cultivate the spiritual path I am on already.

One Response to Coming to Krishna–Any Comments?