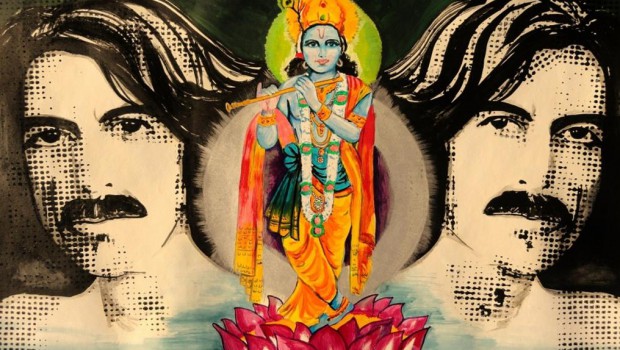 Sriman George Harrison has certainly done an unique service by contributing $19,000 for publishing my Krsna book. When I was in London, he saw me four times and he was very submissive and devout and he was not at all proud of his very well-to-do material position.

Please accept my blessings. I beg to acknowledge receipt of your letter dated 5 February, 1970, and as advised by you I am sending herewith the tape #14. Please transcribe it nicely, edit it, and send one copy to me and the others to Satsvarupa. The tapes after being transcribed must be sent to me directly otherwise I will be short of the stock of tapes.

Sriman George Harrison has certainly done an unique service by contributing $19,000 for publishing my Krsna book. When I was in London, he saw me four times and he was very submissive and devout and he was not at all proud of his very well-to-do material position. He has a reputation as a first class musician and he is considered to be rich or as they say one of the richest men in the world. Still he was not at all puffed up, but was humble, meek, polite, and devout. So all these qualities and his service to Krishna will certainly help him in his advancement of Krishna Consciousness. Thus I see that although he is not an initiated disciple, still he has been trying to help us in so many ways.

The court case is very humorous, happy, and authoritative. The charge was “Chanting God’s Name” for the welfare “of mankind.” So what can be the charges? If a man is chanting God’s Name for the welfare of mankind, how the learned judge can convict him with any charges? So he has done real justice by dismissing the case. This will be great evidence of our sincere activities and you can send copies to all the centers as well as to the editors of BTG for immediate printing. The copy which you have sent me I have redirected to India to the editor of “Kalyana” a very influential religious paper. Perhaps you know the Gita Press. So you can send me also a few copies more.

This charge against Hare Krishna chanting is not very new. Even during Lord Caitanya’s days a similar charge was brought against Him by Chand Kazi who later on converted to become His devotee. So chant Hare Krishna Mantra sincerely and seriously and Krishna will give you all protection. The house in contemplation appears to be very nice and within our means, so please try to get it as early as possible.

I am very glad that you have sent Jagadisa and his good wife to Toronto to help start a Temple there. By the prayers of all my beloved devotees like you I am keeping good health and I hope this will also meet you in cheerful health in Krishna Consciousness.