This is one of the earliest complete and professionally-made full-length films made about life in ISKCON in the early ’70s. The filmmaker, William Kerr, went on to make many more iconic films of Srila Prabhupada’s visits to Australia that have featured in the Acharya film series.

In this 57-minute film centered around devotee life at Radha Gopinath’s Sydney Temple in Double Bay that was produced over 45 years ago. The voice-over is especially nicely done. Music by Bhakta Lyndsey Bjerre, the iconic lead singer from the 1960’s Australian psychedelic progressive and surf rock band Tamam Shud. There is also some wonderful unseen footage of Srila Prabhupada.

There are many famous great souls featured in this film, including Buddhimanta Dasa, Madhudvisa Swami, Tripurari Brahmacari, and a host of stalwarts too numerous to name, many still living. 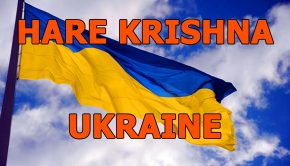