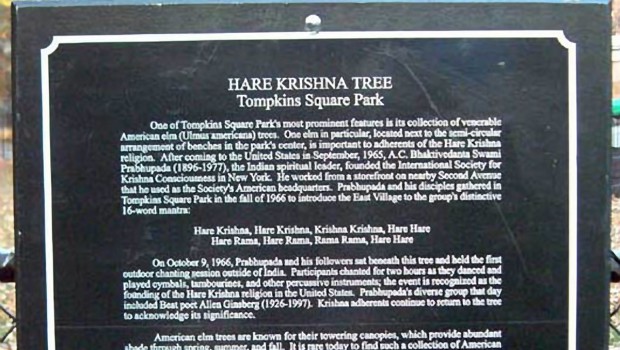 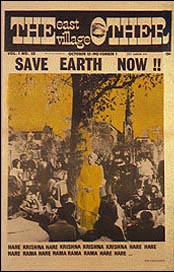 Times haven’t been exactly smooth for the Hare Krishna cult these past few years, the Iskcon boat being rocked off and on by controversies ranging from child abuse, rape, suicide and bitter factional fights in India and other parts of the world. But here’s good news at last.

The following article was printed on the front page of the Calcutta edition of one of the leading national English Language Newspapers in India – The Hindustan Times. The story speaks for itself and just demonstrates how in less than a year since its formation, the ISKCON Revival Movement (IRM) has made waves around the globe. Its work has provided a positive alternative to the “dis-integration” which the GBC Chairman himself has described is currently going on in ISKCON.

Times haven’t been exactly smooth for the Hare Krishna cult these past few years, the Iskcon boat being rocked off and on by controversies ranging from child abuse, rape, suicide and bitter factional fights in India and other parts of the world. But here’s good news at last.

Like the Tree at Bodh Gaya in Bihar, under which the Buddha is said have got his Nirvana, the Hare Krishna movement has finally got its Tree of Religion. But this Tree, under which Indian guru Srila Prabhupada founded the movement 34 years ago, is in the Yankeeland of New York.

In August, the New York City administration took what Iskcon devotees worldwide have hailed as a historic decision. It gave the Tree the status of a historic monument. The good news has been spread across the world in the September newsletter of the Iskcon Revival Movement, the faction challenging the cult’s officialdom.

“The elm tree at the southern end of Tompkins Square Park”, said a letter from Henry J Stern, New York City’s Commissioner for Parks and Recreation,” has indeed played witness to an event of great importance. Its historical significance for the Hindu-based Hare Krishna religion is recognized around the globe. With this in mind, a new historical sign telling the story of the park’s trees and horticulture for Tomkins Square Park is currently being written; it will include an account of the Prabhupada connection with the park.”

The letter was addressed to Vani Devi Dasi Oshuns, an American devotee of the Hare Krishna cult, who had been carrying on a solitary campaign to get the recognition for the Tree from the New York City administration.

According to the IRM newsletter, she had been sweeping the cobble stone bricks around the elm tree in the center of park for over three years. As she did that, she also kept petitioning Harry Greenberg, keeper of the park, for raising a memorial around the tree. About a year ago, Greenberg sent her to his boss Margaret Asarro, who asked Vani Dasi to take up her case with commissioner Stern.

But Vani Dasi’s unique action of sweeping the cobblestone bricks around the tree had attracted the attention of the people visiting the park.

Earlier this year, her story was featured in the popular magazine, New York Time out. Commissioner Stern’s approval came soon after.

The IRM has worked out a draft for the plaque to be erected at the base of the tree. It reads:” Among this grove of elms is a special elm. Under this very elm tree a spiritual revolution started, and spread throughout six continents. Here, in 1966, His Divine Grace A.C. Bhaktivedanta Swami Srila Prabhupada, founder and current guru (spiritual master) of the International Society for Krishna Consciousness (ISKCON) introduced the western world to the sublime chanting of the Holy Name of Krishna…”