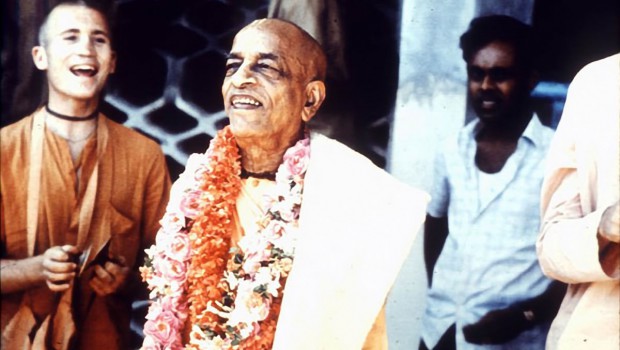 Srila Prabhupada’s ritvik instruction, outlined in his letter of July 9, addressed to all devotees is self-explanatory and anyone can understand it whose brain substance is not contaminated by bogus philosophy preached by Iskcons false successor acaryas.

All Glories to Srila Prabhupada. I was shocked to receive your above letter for which I did not ask. Please take me off your mailing list. I am shocked because of your completely distorted understanding concerning the ritvik debate.

Srila Prabhupada’s ritvik instruction, outlined in his letter of July 9, addressed to all devotees is self-explanatory and anyone can understand it whose brain substance is not contaminated by bogus philosophy preached by Iskcons false successor acaryas, self appointed gurus worshiped in a homosexual paedophile guru lineage. Religious propagandist and pseudo-gurus disguised as devotees exploiting the members and assets of the society. -Demoniac Kali-yuga disciples-

“There are many jealous people in the dress of Vaishnavas in this Krishna Consciousness movement, and they should be completely neglected. A false acarya may try to override a Vaishnava by a high-court decision, (2/3 hand vote) but Bhaktivinoda Thakura says that he is nothing but a disciple of Kali-yuga.” (CC.Madhy.,Ch.1, Text 218 / 220, purport)

Isha das: “I have always felt that Srila Prabhupada wanted those who He appointed Ritvik (as well as other qualified disciples) while he was with us to act as Guru on His departure.”

Urdhvaga das: Of course Srila Prabhupada wanted his disciples to succeed him as guru. definitely he wanted it, but, but, but, and here lies the big problem, he wanted qualified disciples, he wanted qualified gurus, not some show-bottle gurus, imitator gurus, self-appointed gurus, zonal-acarya gurus, woman-hater gurus, woman-lover gurus, homo-gurus, harassing gurus, ex-communicating gurus, children-abusing gurus, murder-gurus, etc, etc. Srila Prabhupada said: “First become qualified”. We have nothing against any Iskcon gurus, but they first should aquire some qualification and not imitate.

We should not be fooled by all those 2/3 hand voted in, self-appointed bogus Isk con gurus, who like ordinary conditioned souls, are falling down after some time, and who are preaching bogus philosophy such as the “current link philosophy”, in support of “voted in successor acaryas”, with a “less then liberated guru thesis” and a “minimum qualification theory”, for adapting their “homosexual pedophile guru lineage” of conditioned souls into the pure guru-parampara, excluding Srila Prabhupada as a non physical link. This “current link philosophy.” is completely nonsensical in any context and is not confirmed by shastra and is a negation of Srila Prabhupada’s presence in his “vani“. It is simply the same old bogus philosophy which has caused so much chaos in our movement.

It is heartbreaking to see how new disciples in Iskcon are forced to worship their “present day living survivor gurus” (who fall down after some time), being denied direct access to and through Srila Prabhupada. Iskcon devotees have to see their so called “current living links” on the same platform as Srila Prabhupada, infallible equal in all respect, with the same worship.

We should not deceive ourselves into thinking that Iskcons conditioned souls are infallible gurus. We rather should take shelter with Srila Prabhupada, who is the perfect guru for all. He will never disappoint us. Srila Prabhupada is still available for anyone who is sincere in his heart, but if Prabhupad is substituted for ordinary souls posing as gurus, then one certaily will be deceived.

All glories to Srila Prabhupada

6 Responses to Is this a solution to the ritvik debate?