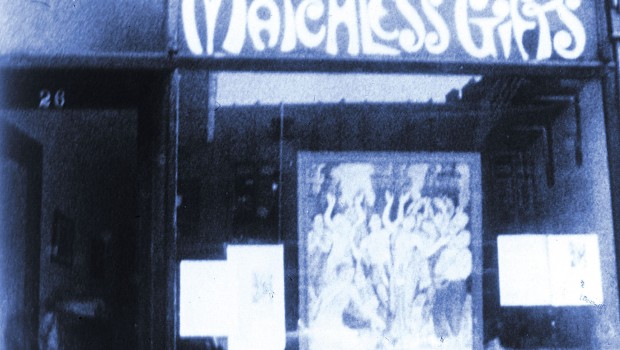 As you are remembering our old meeting days on the second avenue, when I first started my lectures there, similarly I also remember the incidents and speak to so many friends and disciples. So our meeting was Krishna’s desire. Apparently it was accidental but actually it was Krishna’s plan.

Please accept my blessings. I beg to acknowledge receipt of your letter of Nov. 12, 1968, and I am very much pleased to note the contents. The handbill of Dr. Frog, Ph.D. is very funny, and we should try to fight with these frog philosophers overcrowding all over the world. Your success in kirtana performances in the University campus is also very encouraging.

New Vrindaban should be taken up very seriously because actually I want to develop a replica of Old Vrindaban. I have got ambition to construct there 7 temples as follows: 1. Radha Madan Mohan, 2. Radha Govinda, 3. Radha Gopinatha, 4. Radha Damodara, 5. Radha Raman, 6. Radha Gokulananda, 7. Radha Syamasundara.. The whole modern city of Vrindaban was established originally with these temples, started by different Gosvamis. And later on, many kings and princes started their own temples and thus the present Vrindaban is now full with small and big 5000 temples. We have to make such scheme in our New Vrindaban, gradually expanding to an area of one mile long and one mile broad. Vamanadeva is still here, and I have advised him to construct some thrones for Radha and Krishna, because Nara Narayana is attempting to get some pairs of Radha Krishna Murtis 24″ high. We shall require so many pairs of Radha Krishna Murtis at different temples. Anyway, do not feel discouraged. As soon as New Vrindaban is connected with a link road as well as electricity, very soon it will develop into our idea. I shall personally go and stay there and see it is developed.

Regarding Srimad-Bhagavatam, please send me the chapters which you have already revised. I want to see it, how it is being done. I am glad that you are not omitting anything, but just making grammatical correction, and phrasing for force and clarity, and adding Pradyumna’s transliteration, that is very nice.

Yes, henceforward, as I have already told you, that Srimad-Bhagavatam will be ultimately seen by you, before being printed. That will keep consistency, I quite agree with you. My present plan is to stay in Los Angeles, perhaps at least for more than a month, which will cover Christmas holidays. And so, during that time, if you come here, it will be very nice. In January I may go to Hawaii, if Gaurasundara takes me there. As you have given up the idea of marriage, I think you can give up the idea of seeing your parents annually. You just prepare yourself for further advanced spiritual life. After all, our mundane relationships with father and mother, or wife and children, cannot protect us from the trap of maya. It is said by one Vaisnava poet that in every form of life, one gets a father and mother, because without father and mother, nobody is able to get a material body. So father and mother is possible in any form of body, but only in this human form of body one can get in touch with Krishna and a bona fide Spiritual Master. That is the highest gain of our travelling in different species of life in different planets.

I am so pleased that you are feeling for me and listening to my old tapes with pleasure. As you are remembering our old meeting days on the second avenue, when I first started my lectures there, similarly I also remember the incidents and speak to so many friends and disciples. So our meeting was Krishna’s desire. Apparently it was accidental but actually it was Krishna’s plan. So we should always remember this plan of Krishna and must continue to work jointly for advancement of Krishna Consciousness movement in this part of the world. I shall always pray to Krishna to give you more and more strength and confidence in this great responsibility and I shall pray for your long life to execute this mission.

Thank you once more for your nice sentiments, and I hope you are all well.

P.S. I would like to know whether if two young boys come there, if you can take charge of them as teacher for them. They are very nice young Krishna Conscious boys, and their mother is very much in favor of them being trained up in our philosophy. They are between 10 and 12 years about. By teaching I mean teaching them The Teachings of Lord Caitanya, Bhagavad-gita, and Srimad-Bhagavatam, not preliminary education; preliminary education they already know. Please let me know about this.

2 Responses to Letter to Hayagriva dasa on Meeting Srila Prabhupada