..." /> Mysteries Of The Sacred Universe: The Cosmology of the Bhagavata Purana | Krishna.org
Astronomy 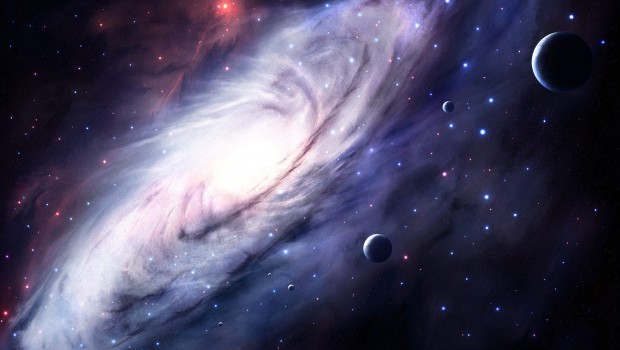 Sadaputa Prabhu has recently published his latest book on science and Vedic knowledge. In addition to the book he has produced a multimedia CD-ROM illustrated with computer animations, over 250 color pictures, and original artwork. The book contains 375 pages, 104 illustrations, 51 tables, a glossary, a bibliography, and an index and retails for $15.95

Sadaputa Prabhu has recently published his latest book on science and Vedic knowledge entitled Mysteries of the Sacred Universe: The Cosmology of the Bhagavata Purana. In addition to the book he has produced a multimedia CD-ROM illustrated with computer animations, over 250 color pictures, and original artwork. The book contains 375 pages, 104 illustrations, 51 tables, a glossary, a bibliography, and an index and retails for $15.95. A nice summary appears in the November/December issue of Back to Godhead magazine, and more information can be found at: http://sacreduniverse.com

>From the flat earth to the sun’s chariot, traditional spiritual texts often seem wedded to outmoded cosmologies that show, at best, the scientific limitations of their authors. The Srimad Bhagavatam, seems, at first glance, to be no exception. However, a closer examination of this text reveals unexpected depths of knowledge in ancient cosmology. Mysteries of the Sacred Universe shows that the Bhagavatam’s cosmology is a sophisticated system, with multiple levels of meaning that encode at least four different astronomical, geographical, and spiritual world models.

By viewing the text in the light of modern astronomy, Sadaputa shows how ancient scientists expressed exact knowledge in apparently mythological terms. Comparison with the ancient traditions of Egypt and the Near East shows early cultural connections between India and these regionsincluding a surprisingly advanced science. However, quantitative science is only part of the picture. Mysteries of the Sacred Universe also offers a clear understanding of how the spiritual dimension was integrated into ancient Indian cosmology.

The book as been well received by devotees, scholars, and popular writers as well. Hridayananda dasa Goswami wrote, “Mysteries of the Sacred Universe by Sadaputa Prabhu constitutes yet another outstanding achievement in the distinguished career of this very important scholar. At a time when a somewhat dogmatic orthodoxy tends to govern academia, Sadaputa displays here all the intellectual ability, academic rigor, and the personal courage and creativity necessary to produce his brilliant discovery of the modern scientific relevance of ancient, Sanskrit descriptions of the universe. The large and growing number of rational human beings who cannot accept that ancient peoples were simply less evolved versions of ourselves, will find here a treasure of hard data and masterful reasoning to the contrary.”

Professor Gene R. Thursby, of University of Florida, observed, “A revolution in our understanding of the cosmology of the Puranas is in the making here.

This book offers a way of reading ancient Indian texts that is profoundly interesting and that overturns a long history of scholarly undervaluation of the supposedly only mythological’ contents of Puranic literature.”

Robert G. Bauval, coauthor of both The Orion Mystery and The Message of the Sphinx commented, “Gripping, scholarly, and groundbreaking, Mysteries of the Sacred Universe deserves to be widely read and discussed.”

In April 27, 1976, Srila Prabhupada wrote Svarupa Damodara Maharaja, “So now all you Ph.D.’s must carefully study the details of the Fifth Canto and make a working model of the universe. If we can explain the passing seasons, eclipses, phases of the moon, passing of day and night, etc., then it will be very powerful propaganda.” Mysteries of the Sacred Universe and its interactive CD are a great contribution to the fulfillment of this desire of Srila Prabhupada.

3 Responses to Mysteries Of The Sacred Universe: The Cosmology of the Bhagavata Purana