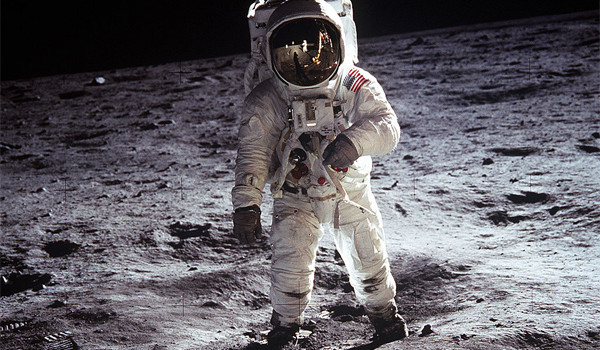 NASA is the first to admit that they are many unresolved issues for future manned flights to the Moon. Our scientific understanding of may things has progressed since the 60’s when the Apollo Lunar Landings were supposed to have taken place. And one area where we now have significant data which we did not have in the 60’s is in regard to the levels of radiation that exists in space and the radiation belts that surround earth. Now it is scientific fact, beyond any question of a doubt, that if someone is traveling in space he is going to be exposed to very high levels of radiation compared with the situation here on earth. This has been measured for example in the International Space Station which is orbiting the earth only about two hundred miles away. But even at this relatively low altitude the levels of radiation on the ISS are considerably elevated above those here on earth.

Of course the position of the ISS is far below the beginning of the Van Allen Belts, which are very highly charged belts of radiation surrounding the entire earth. Today we have many satelites in the Van Allen Belts and accurate measurements of the extent and levels of radiation a space craft would have to pass through to leave earth orbit are known scientific facts.

The biggest challenge, therefor, that NASA and other organizations trying to commence manned space flight is how to shield the astronauts from the lethal radiation, not only during their passing through the Van Allen Belts, which may be only for a period of 1-2 hours, but also they need to be protected from the cosmic radiation and random radiation spikes as a result of sunspots, etc.

Because now the levels of radiation are known in the Van Allen Belts and also we are reasonably sure about the levels of the cosmic radiation one may experience traveling through space the amount of shielding that would be required to protect astronauts from this radiation can be calculated. And it turns out that the best way would be to surround the spaceship with a layer of water as water is an effective shield for radiation. But the problem is the calculations reveal that around two meters of water (more than 6 feet) would be required to surround the spaceship in every direction. But such a large amount of water would be extremely heavy and currently no one can imagine any propulsion system that would be capable of lifting such a huge quantity of water.

There has been a long string of experiments trying to send animals through the Van Allen Belts and return them to earth. But so far, except for a tortoise and maybe some other reptiles, all the animals have died. Certainly all the mammals have died due to exposure to the radiation.

So NASA are now “between a rock and a hard place.” On one hand they are trying to defend the lie that in the 60’s they had six glorious Apollo missions where they send men safely to the moon and returned them home. Of course to do this the Apollo astronauts would have had to pass through the Van Allen Radiation belts twice. But according to our current scientific understanding of the Van Allen Belts this is not possible. Every mammal who has passed through the Van Allen Belts has died. And on the other hand NASA is openly stating that to make manned space flight possible in the future they have to find some way to solve the radiation problem.

The proof is there in NASA’s own Apollo data. The astronauts spacesuits had radiation meters sewn into them. And the readings on these radiation meters show that for a complete Apollo Moon landing mission the astronauts were only exposed to something like .8 rem of radiation. Even if they had just gone to the International Space Station, which is way below the Van Allen belts, they would have experienced more radiation than this. So NASA’s own Apollo data proves scientifically without any question of doubt that the astronauts never left earth orbit. They could not have left earth orbit as they had no radiation shielding and would have been killed simply passing through the Van Allen Belts, even if somehow they got through, they would have been killed by the cosmic radiation.

And these days every thoughtful scientist knows this to be a fact. That NASA’s Apollo missions never went to the moon. And NASA themselves are announcing that “We Never Went to the Moon” when they tell us that “we will not be able to embark on future manned space flight until we can solve the radiation problem.” So the radiation problem was not solved in the 60’s and therefore space flight was not possible in the 60’s. NASA is admitting this openly.

Please listen to the very interesting Truth News Australia radio show interview with Damon Crowe who is a scientist discussing very scientifically the challenge of overcoming the problem of radiation on manned space flights. He proves conclusively that without adequate radiation shielding manned spaceflight is not possible, and he establishes that the Apollo missions did not provide any significant radiation shielding thus proving conclusively that they never left earth orbit.