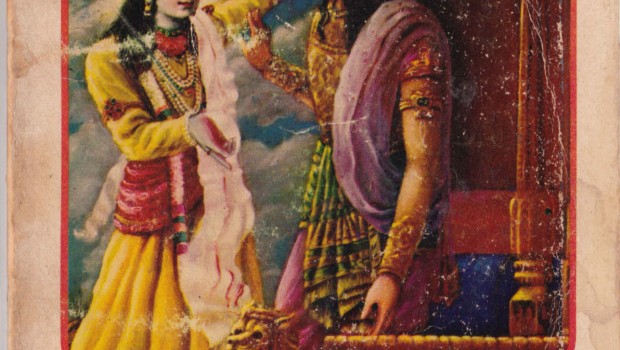 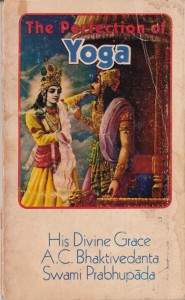 To download The Perfection of Yoga PDF file please click on the book cover image to the left.

In India there are sacred places where yogis go to meditate in solitude, as prescribed in Bhagavad-gita. Traditionally, yoga cannot be executed in a public place, but insofar as kirtana-mantra-yoga, or the yoga of chanting the Hare Krishna mantra: Hare Krishna, Hare Krishna, Krishna Krishna, Hare Hare/ Hare Rama, Hare Rama, Rama Rama, Hare Hare–is concerned, the more people present, the better. When Lord Caitanya Mahaprabhu was performing kirtana in India some five hundred years ago, He organized in each group sixteen persons to lead the chanting, and thousands of persons chanted with them. This participation in kirtana, in the public chanting of the names and glories of God, is very possible and is actually easy in this age; but as far as the medita­tional process of yoga is concerned, that is very diffi­cult. It is specifically stated in Bhagavad-gita that to perform meditational yoga one should go to a se­cluded and holy place. In other words, it is necessary to leave home. In this age of overpopulation it is not always possible to find a secluded place, but this is not necessary in bhakti-yoga.

6 Responses to The Perfection of Yoga 1972 Edition PDF Download