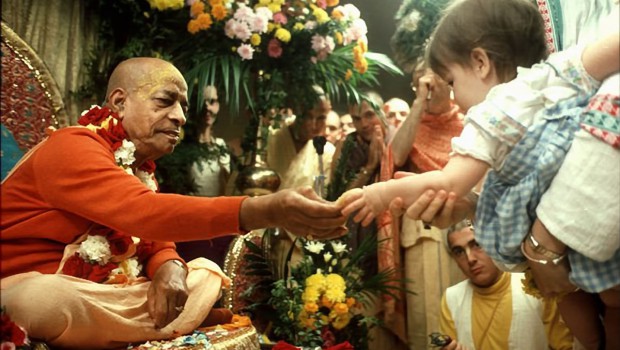 It seems that initiation is two fold, but that’s when we look at it from the material point of view. First we have the initiation ceremony or ritual. The ceremony seems fairly simple to understand that it is a formality of the guru accepting the disciple and the disciple accepting the guru. That is, of course, a very serious commitment and never to be taken lightly. Now we must ask what does formality mean?

Also Srila Prabhupada said “initiation or no initiation, first thing is knowledge. Initiation is a formality. Just like you go to school for knowledge and admission is formality, that is not a very important thing.”

So now we have a glimpse of what is the ritual or formality or initiation. So now we must ask what is beyond this; what is real initiation. To try to shed some light on this, let’s examine some purports by Srila Prabhupada from the Caitanya Caritamrta.

First He says the spiritual master awakens the sleeping living entity to his original consciousness so that he can worship Lord Visnu. This is the purpose of diksa or initiation. Initiation means receiving the pure knowledge of spiritual consciousness. [Madhya-Lila 9.61,purport]

Second He says diksa actually means initiating a disciple with transcendental knowledge by which he becomes freed from all material contamination. [Madhya-Lila 4.111, purport]

Also to understand initiation further, Sri Bhaktisiddhanta Sarasvati one said: “Submission to the Absolute is not real unless it is also itself Absolute. It is on the plane of the Absolute that the disciple is required to submit completely to the good preceptor. On the material plane, there can be no such thing as complete submission.” So now it seems that we must also understand that this real initiation is absolutely on the transcendental platform.

So from this we can see what is real initiation. When I ask myself who is giving me this transcendental initiation, the answer keeps coming up Srila Prabhupada. I recommend that you ask yourself the same question.

So in closing we must pay all obeisances to the savior of the universe, Srila Prabhupada, for His purports of transcendental knowledge.

12 Responses to What is Initiation?