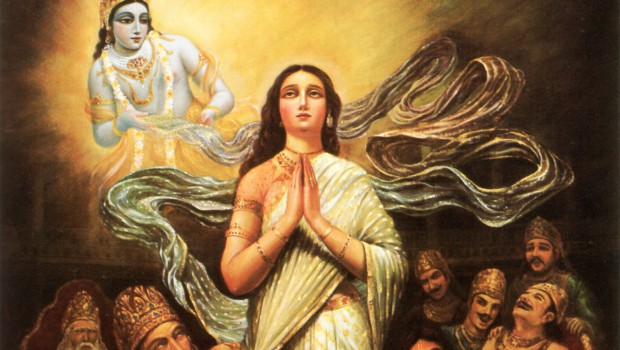 From the Bilbe, Jesus is the Son of God. So we know that Jesus is from the God and goodness. If God is a God of goodness, a God of love why does he let people suffer so much? Thanks guys. — Haonan

Many people, it seems, think there could be not be a God because this world is so messed up. I saw hundreds of postings on the internet after the bomb in the states that killed some children in a kindergarten. They were saying, “If there is God, how could He have done this?”

This reaction is a result of the relatively new Christian idea of an “all-loving God”. They say an “all-loving God” wouldn’t have Hell, He knows we are not perfect so He won’t punish us for our sins… But this is nonsense. It is not what Christians believed thirty or forty years ago either.

God is a loving God, but love means He cares about us so if we stray from the path of spiritual life a loving God will arrange to correct us, to get us back on the right path.

All the confusion stems from a misunderstanding of what this world is for. We don’t belong here. We have come here to try to be happy independently from God. We want to be the controller, we want to be god. To fulfill our independent desires God has created this world, but it’s created in such a way that we can enjoy here but all our enjoyment will end in frustration. This material world is actually created as a place of frustration. If it was all “peaches and cream” we would never contemplate leaving this place…

“From the highest planet in the material world down to the lowest, all are places of misery wherein repeated birth and death take place. But one who attains my abode, O son of Kunti, never takes birth again.”

So this is a place of misery! [And every time I say this people jump up and down… but what can I do? It is a miserable place!]

There is a little “pleasure” here and there is certainly beauty here but it is not permanent. That is the source of the misery and frustration. We, the spirit souls, are eternal living beings but currently we are covered by these material bodies. When we accept our material bodies as ourselves and work on the bodily platform we are working for temporary things. Even if we achieve these temporary things [and some temporary happiness] in time we will loose them again and become distressed.

So happiness and distress is coming and going like the waves of the ocean, but a self realized soul is not attached to happiness nor is he disturbed by distress. He knows both are temporary manifestations caused by his past activities [karma] in this life and previous lives and that he can’t do anything about it. His allotted happiness will come and so will his allotted distress.

Some people, due to their good karma, do enjoy “happy” lives here while others, due to their bad karma, suffer like anything. THIS IS NOT GOD’s PARTIALITY. It is the result of OUR actions in the past. God doesn’t kill children in a bomb. Those children did something in their previous lives so as a reaction they had to be killed in the bomb blast. It’s a result of their own activities…

A devotee takes distress as Krishna’s mercy and as an impetus to take spiritual life more seriously.

When Krishna was personally on this planet [5,000 years ago in India] due to the intrigues of the Kuruvas the Pandavas [Krishna’s friends and devotees] were put into great difficulty. They were forced out of the kingdom which was rightfully theirs, they had to live in the forest for twelve years and they faced so many difficulties. There is a very beautiful section in the first canto of Srimad-Bhagavatam entitled “The Prayers of Queen Kunti”. Kunti was the mother of the Pandavas and she has given so many nice prayers:

“My dear Krishna, Your Lordship has protected us from a poisoned cake, from a great fire, from cannibals, from the vicious assembly, from sufferings during our exile in the forest, and from the battle where great generals fought. And now You have saved us from the weapon of Asvatthama.

“I wish that these calamities would happen again and again so that we could see You again and again, for seeing You means that we will no longer see repeated births and deaths.

“My Lord, Your Lordship can easily be approached, but only by those who are materially exhausted. One who is on the path of [material] progress, trying to improve himself with respectable parentage, great opulence, high education and bodily beauty, cannot approach You with sincere feeling.

“My obeisances are unto You, who are the property of the materially impoverished. You have nothing to do with the actions and reactions of the material modes of nature. You are self-satisfied, and therefore You are the most gentle and are master of the monists.

“My Lord, I consider Your Lordship to be eternal time, the supreme controller, without beginning and end, the all-pervasive one. In distributing Your mercy You are equal to everyone. The dissensions between living beings are due to social intercourse.”

So God is not responsible for our suffering, we caused it ourselves. In times of difficulty a devotee takes shelter of Krishna, he turns to Krishna, but in times of material prosperity and happiness there is a chance he may forget Krishna. So Queen Kunti is praying, “Let the calamities come again… for then there will be no chance we will forget You.”

“O son of Kunti [Arjuna], the non-permanent appearance of happiness and distress and their disappearance in due course, are like the appearance and disappearance of winter and summer seasons. They arise from sense perception, O scion of Bharata, and one must learn to tolerate them without being disturbed.”

Thank you very much. Hare Krishna.

19 Responses to A God of Love? A God of Goodness?