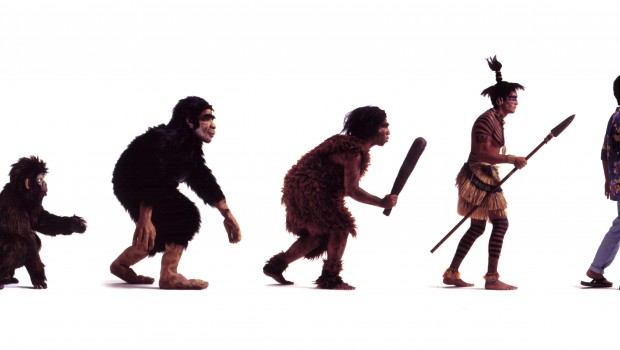 He takes 10 so-called proofs of evolution offered in current textbooks and shows where not one of them is in a fact a proof of anything, and several are actually frauds.

FROM THE EDMONTON SUN

If parents check the science textbooks used in Canadian schools they’ll see some familiar illustrations, familiar because much the same art appeared in their textbooks.

There’s the “evolution of man” illustration, starting with an ape-like creature on the left, then progressing to the slightly more erect figure with arms stretching to the ground, then to a less hairy individual, finally to a modern human.

There’s the upside-down tree illustration, beginning with the blob, the single cell, at the top and branching out like a tree as it descends downward to assortments of creeping and crawling things to reptiles, birds, fish, animals and humans.

Note that there are three points being made here. One is that an amazing assortment of species have existed over time. The second is that the more elaborate species were the offspring after many generations of earlier less complex species. The third is that these changes occurred through natural circumstances. There was no “mind” or plan or design behind them, no God. It was all pure chance.

When most scientists speak of “evolution” they do not mean the first, nor even the first and the second. They mean all three, that there was no designer, that change happens through “natural selection.” Freak differences occurred in individual members of a species conferring a natural advantage on the offspring of those individuals. These went on living, where those without the advantage petered out, the “survival of the fittest.”

This fall there has appeared a scientifically authoritative book casting grave doubt on the whole basis of these confident illustrations. Dr. Jonathan Wells, a molecular and cell biologist from the University of California at Berkeley who is a senior fellow of the Discovery Institute, in his Icons of Evolution does more than cast doubt.

He takes 10 so-called “proofs” of evolution offered in current textbooks and shows where not one of them is in a fact a proof of anything, and several are actually frauds. The speckled moths were actually pasted on the trees, not found there. And while there may be rare instances of species that seem part ape, part human, there is no evidence the one came from the other.

Why, you wonder, do scientists ascribe credibility to these proofs?

Because, says Dr. Wells, every scientist specializes. He may be aware the particular “proof” offered in his own area of expertise is fundamentally flawed, but he assumes those in all the other areas are not. In fact, he says, they all are.

Wells’s book is the second in two years to challenge the natural selection theory. The last one was Darwin’s Black Box by the biochemist Michael Behe. He examines the blob atop the tree illustration.

In Darwin’s day the simple cell was a “black box” that could not be opened.

Now, says Behe, we have opened the box; we can see how the cell is constructed. It’s about as simple as a jet engine. It is a masterpiece of design. There is no possibility, none whatever, he says, that it could have come about by mere happenstance.

Both these books follow an earlier one by Berkeley law professor Philip Johnson whose Darwin On Trial put the theory of natural selection before a make-believe jury, and gave the evidence for it as it would be presented in court. He shows how the supposed evidence, all of it, fails to vindicate the theory.

Yet when the Kansas school system last year decided that evolution need no longer be taught as a scientific fact, but could be advanced as a theory with the students urged to argue the pros and cons, the response all over the continent was explosive. Papers like the Edmonton Journal and Globe and Mail denounced the Kansas board as perverted by superstition and religious bigotry. They made not a single reference to the scientific basis of the decision.

Evolution by natural selection, says Johnson, is the “creation myth of the 20th Century.” Wells agrees. Perhaps the 21st will get a better one.

8 Responses to Another Jolt For Evolution Theory 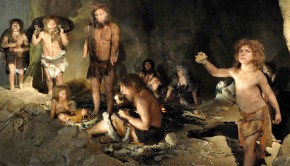