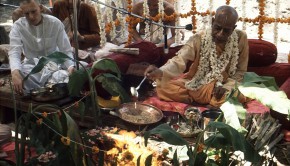 Initiation–All Past Karma is Burned Up?