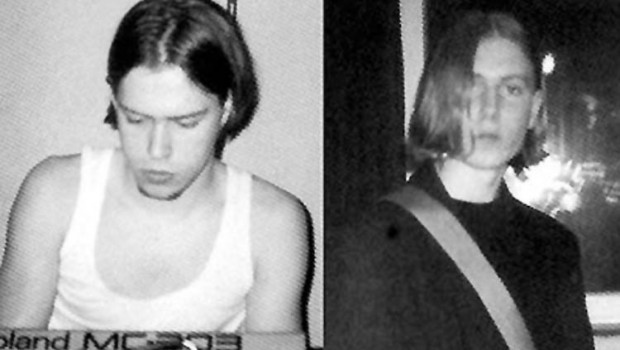 Back in the days when I used to take drugs, I thought about spiritual advancement a lot.

I wasn’t alone, and still I am not, but in the company of my good old friend Vaisnava Thakura Prabhu. At that time, his name was Wilfried and my name was Alex. We were really exhausted after so many years of hard endeavor to enjoy on the material platform. I used to make electronic music in our former home in Austria, and we went to electronic music parties, touching the limits of our ability to enjoy, hiding behind the masks of illusory material identities, and always searching, trying to find out who we really were and how we could become happy

Mistaking the mind, which is an invisible material element, as spiritual, we tried to explore its depths.

To enhance the process of mental speculation and that of subtle perception of reality, we took drugs like Ecstasy, LSD, magic mushrooms, speed, and pot. We both experienced pretty much everything within the scope of the possible, from seemingly godly visions to the complete madness of the mind. We integrated meditation practices in our sessions, but even when we seemed to experience some kind of elevated consciousness, the illusion was of no endurance. But now, having been enabled by the perfect guidance and mercy of my spiritual master Srila Prabhupada to experience spiritual happiness by the chanting of the Hare Krsna mated-mantra, I can see the clear contrast between this ecstatic, ever-increasing, unending happiness and the dull, limited, and short-lived fiascos of drug realities.

After roughly five years of these fiascos, having reached the ages of twenty and twenty-one, Vaisnava Thakura and I, being thoroughly disappointed, and seeing that we had not made any spiritual advancement at all, realized that without following a bona fide spiritual discipline, no one can reap the fruit of spiritual advancement, namely self-realization and God-realization. Such a spiritual discipline has to be practiced under the expert guidance of the most exalted and perfect person, the spiritual master.

Exactly such a highly elevated spiritual personality graced us by his association. It is said in the Vedic literature that only a fortunate living entity gets this most valuable association, which, even if had for a moment only, can give one all perfection.

The story goes like this. While serving as a social worker, I found a book of His Divine Grace A.C. Bhaktivedanta Swami Prabhupada, entitled Sri Isopanisad. Shortly after finding Srila Prabhupada’s book, my friend Wilfried and I were guided to the next one, Bhakti-Yoga–the Path of Spiritual Life (translated into German). Krsna, or God, seated in the core of the heart of all living entities, guides them according to their work and desire, and so He kindly guided us to the shelter of our spiritual master, Srila Prabhupada.

It is interesting, because just prior to that, I had started to talk to God, realizing that I am fully dependent on nature and thanking Him for His kind arrangement to maintain my body. Both of us had also started at that time to engage in mantra meditation. We were chanting “Rama, Rama.” It is a holy name of Krsna, but at that time we did not know.

I remember our reading spiritually oriented books, including Autobiography of a Yogi, by Paramahamsa Yogananda, and volumes about Buddhism. I was also reading a book called Babaji–Teachings and Prophecies, about a hermit who claimed to be an incarnation of Siva. Not really being aware of who God is, I didn’t know whom to surrender to, Siva or Krsna, but after a long meditation on both of them, I just felt attracted by Krsna’s beauty.

Around that time we came into con­tact with the modern ISKCON institution whose address was printed in the books. Some members of the organization invited us to participate in an annual festival at a farm community in Germany. We decided to go and stayed there for four days. We, myself especially, had some contact with one of the “new gurus” there. Having the strong impression in mind that the philosophy we heard from Srila Prabhupada and the scenes we saw were not matching, I started to research the topic.

I must have been on the Internet for three months before I came to the conclusion: Srila Prabhupada’s presentation of the philosophy is correct and practical, but after his physical departure in 1977, the formal institution deviated from the guidelines given by His Divine Grace. I discovered that there are many people being voted in as spiritual masters, having neither the qualification to act in that capacity nor the authorization of the founder of the movement, Srila Prabhupada. Clearly distinguished from the materially motivated pretenders, Srila Prabhupada is the bona fide spiritual master and the pure devotee of the Supreme Lord, actually possessing all the transcendental good qualities from Krsna Himself. He has set up a system in which he continues to accept new devotees of the Krsna consciousness movement as his direct initiates. Understanding ourselves as being encouraged by Srila Prabhupada to become his direct disciples, we became desirous to associate with like-minded persons, and soon Krsna kindly fulfilled our desire.

By that time we were regularly chant­ing some rounds on our beads, offering foodstuffs to Krsna, and making our first preaching attempts, such as distributing Srila Prabhupada’s “Peace Formula” essay at a concert. We also introduced our friends to Krsna consciousness and had congregational chanting of the Hare Krsna maha-mantra at their homes. Seeing that we did not know too much about the practical aspects of
Krsna consciousness, we felt the desire to be trained.

Then one day over the Internet, a young disciple of Srila Prabhupada invited and inspired us to come to India to be trained up in this scientific process. Being convinced by Srila Prabhupada about the truth of the scriptural injunction that service to Krsna is the highest obligation, we gave up our worldly duties of job and home and went to India. Nimai Pandita Prabhu, the devotee in India, became our dear friend. We also got to know many other new and old disciples of Srila Prabhupada as we organized festivals and traveled extensively. We visited many, many holy places in both North and South India, experiencing a living spiritual culture and its purifying effects. Enlivened by the atmosphere and the continuous practice of dynamic spiritual life, we actually made advancement on the path, especially my pure-hearted friend Vaisnava Thakura, who progressed rapidly under the loving guidance of His Divine Grace.

Srila Prabhupada is amazing; for he can reform the most wicked into servants of God, Krsna. That is the special qualification of a pure devotee–that he comes to purify the whole world. And factually it is taking place. Srila Prabhupada made us give up our hippie lifestyle and accept the regulative principles of devotional service, which are no meat-eating, no illicit sex life, no intoxication, no gambling, and the chanting of the Hare Krsna maha-mantra daily. He has the power to reform low-class men into high-grade characters, first-class men. This can be practically seen in my good friend and so many others who strictly follow the instructions and bona fide teachings of His Divine Grace rigidly. Such a change of heart effected by the bona fide spiritual master makes one free from all anxiety and enables one to be in touch with Krsna, which is in itself the perfection of life. And because of all of this, we are now out on the streets meeting you and others to give what we got, the opportunity to become familiar again with our true spiritual nature.

Since then we have traveled from India to Germany to North America, with stays in New York, Montreal, West Virginia, North Carolina, Miami, Washington, D.C., New Orleans, and other places with our devotee friends, trying to inspire people to come to Krsna consciousness in their own individual way, reaching the fulfillment of their spiritual desire to have eternal, blissful life of full consciousness. 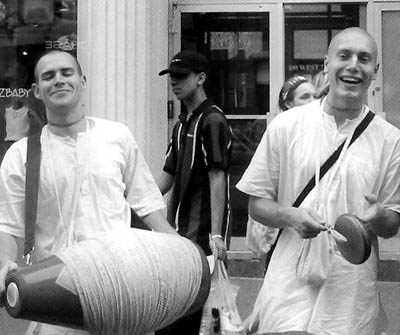